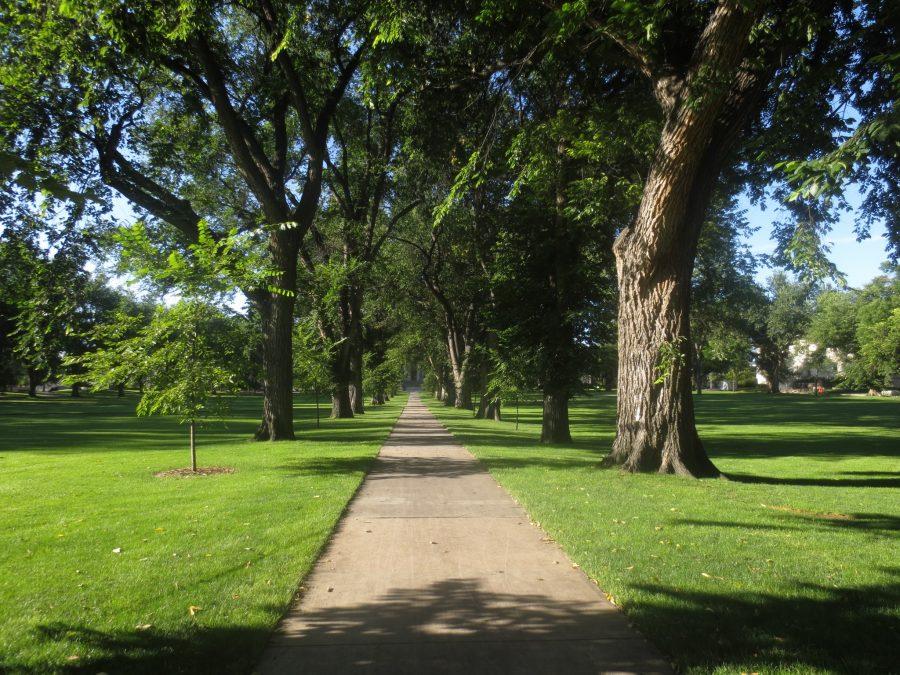 Once a Ram, always a Ram was the sentiment shared by grieving members of the community who gathered on the Oval Monday.

A brief ceremony honored students, staff and faculty who died in the last academic year. It included a reading of the names of the deceased by Blanche Hughes, vice president of Student Affairs, and Mary Stromberger, associate professor of soil and crop sciences.

“We are not an impersonal University,” said Jody Donovan, dean of students. “Anyone who spent time here made an impact, and they deserve recognition.”

Family members and loved ones of those remembered, as well as supportive students and faculty, held candles and stood in a moment of silence on the lawn of the Administration Building.

The event, in its second year, was originally founded informally by a small group of faculty from the President’s office, the Housing Department and External Relations, Donovan said.

“It wasn’t anyone’s job — it was just because they cared,” Donovan said. “We wanted to allow the University to stand in solidarity. Rams support Rams.”

Kathy Pfeifer, member of the founding committee, said she was moved to help establish the remembrance ceremony because she believed those lost should not be forgotten.

“We need this ceremony to maintain the memory of those who have given so much to make this such a special place,” Pfeifer said.

Funding for the ceremony came directly from the President’s office, and included green remembrance ribbons, candles and candle-holders printed with the names of campus support resources.

CSU Health Center counselor Susan MacQuiddy said the ceremony is important to her because she has seen the effect loss can have on the CSU community.

“As a counseling service, the Health Center sees a number of people every year who have been impacted by loss,” MacQuiddy said. “It’s so important to acknowledge this huge part of so many people’s lives.”

The simple green remembrance ribbons, a new feature of the memorial, may become a common symbol of solidarity for CSU, said Jenny Pickett, director of Adult Learner and Veteran Services.

“It’s a simple way to get the word out about the ceremony,” Pickett said. “We want to make this an event that doesn’t need publicity. It should be a tradition that is supported by the whole university. There is strength in numbers.”

Eighty-one names were read in remembrance of students, and staff and faculty, both current and retired. Following the reading, attendees recognized two other deceased members of the CSU community.

“Colorado State University is better because they were with us, and we will continue to hold their memories close,” Hughes said at the end of her speech.

During the ceremony, the following were honored: