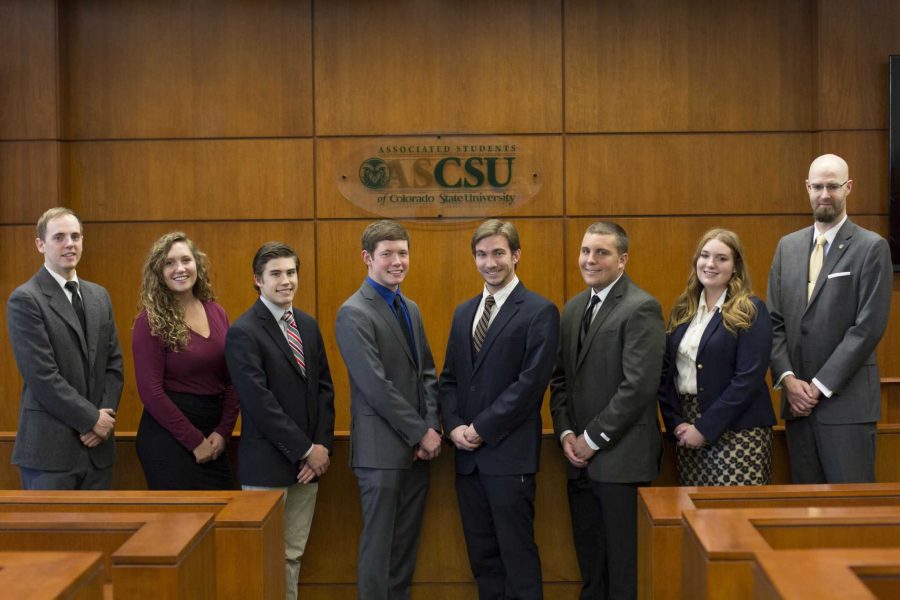 Through recent elections, conflicts and legislative initiatives, students may be familiar with the executive and legislative side of Associated Students of Colorado State University. However, the judicial branch of ASCSU also contributes to student life at CSU.

“We have an active role on the campus,” said Jake Moore, an associate justice. “With ASCSU, sometime it stays internal with student affairs, but I feel that the Supreme Court has an awesome dynamic of getting to work with (a wide variety of people).”

According to Chief Justice Rioux Jordan, the judicial branch has four main responsibilities: to interpret and uphold the ASCSU constitution, to represent students’ voices at conduct appeal and pre-admittance meetings, to serve on the All University Hearing Board and to conduct investigations within ASCSU.

“Two faculty or staff members and two justices … discuss the incident, the case report, what happened and  especially the sanctions that were handed down to decide if this was fair, if it was the right decision,” Jordan said about their representation at conduct appeal meetings. “Currently, you’ve got prescribed conduct in the conduct code that students are expected to abide by. If (the University) finds that you’re alleged to have violated this, you’re called over to the conduct office.”

Five associate justices, one sergeant at arms, one court liaison, one deputy chief justice and one chief justice serve on the court. Justices are selected through an application process and are appointed by the president, Jordan said.

“The chief justice and the president do the interviews (for justices) together, but the president is the person who appoints,” Jordan said. “After that, senate has to ratify the decision. Every branch gets involved.”

Jordan first got involved with ASCSU in 2013, and said he was unaware of what the judicial branch did. Now, he loves what he does.

Moore, a freshman economics major, was involved with student government in high school. He considers serving with ASCSU a greater extension of his past.

Court liasion Connor Ferguson said that, while it is hard to impose sanctions on students, he values helping them get back into the system.

“I always struggle with the idea that I’m the bad guy or the negative face,” Ferguson said. “I don’t want to be that. I’m just trying to support them, so that it doesn’t go on a permanent record.”

Whether at a global, national or CSU level, integrity is important to Jordan. This inspires his work.

“The idea of justice is hugely important,” Jordan said. “It’s how people to respond to allegations and to the system we live in. Having a representative in that process, a person that can sympathize, is hugely important – somebody who can look through and understand the situation.”