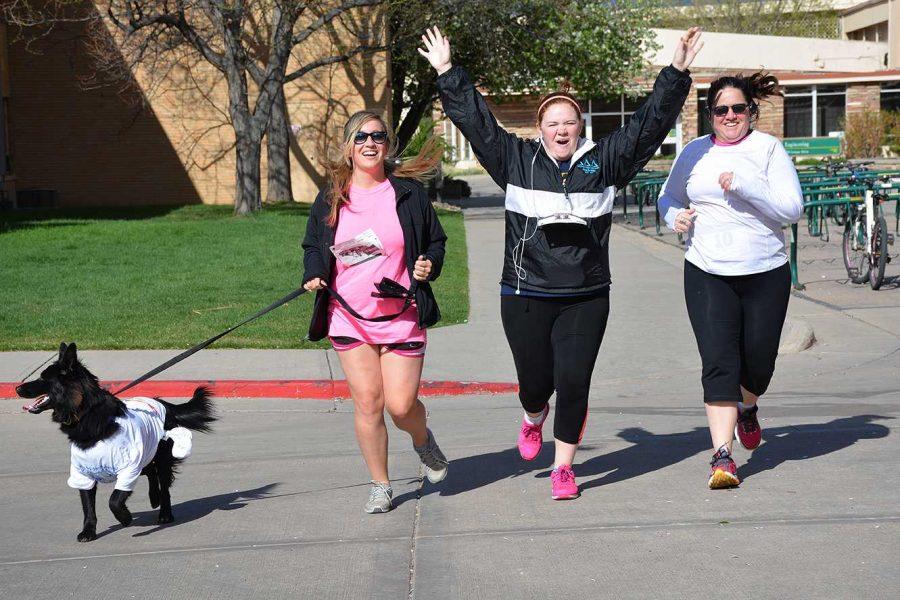 Almost 200 individuals at Colorado State University volunteered to save a life with the help of Alpha Epsilon Pi.

This was the first year AEPi held the 5K. It offered a chance for people to get involved with a cause that is close to their hearts.

“My dad passed away from bone marrow cancer, so I am emotionally involved,” said Eric Irshay, a junior psychology major and secretary of AEPi. “My sister and I signed up to be a donor because of that particular reason.”

The week before the event, members of the fraternity set up a registry in the Lory Student Center flea market and other places around campus to advertise the event and get students involved.

“All this week, we have been in the flea market promoting (the event),” said AEPi president Justin Stasio in an email to the Collegian. “We (were) swabbing people for their DNA so they can be registered in the international bone marrow registry and possibly donate bone marrow to leukemia patients or other patients with blood diseases in the future if a match is found.”

Participants at CSU were able to sign up for the donor registry at the event, as well. Donation is not immediate. A bone marrow match could be found years down the line.

The Gift of Life Bone Marrow Foundation is the organization AEPi fraternities around the country chose to benefit, according to Zack Josephs, a sophomore philosophy major and vice president of AEPi.

The event raised close to $1,000, according to Josephs. He said the fraternity is hoping to host another event benefitting the same foundation next year.

Being a bone marrow donor is important because bone marrow donations are not as common as blood donations, but they are just as crucial, according to Andrew Allsup, a junior biology major,

There were a diverse group of participants at the event, including President of Hillel at CSU Rose Bork, a sophomore sociology major. Hillel works very closely with AEPi, according to her.

Bork was one of the 200 people who registered as a donor. She said she chose to donate because this gives her the ability to save a life.

“I want to be able to have the opportunity to help someone,” Bork said.

Collegian reporter Zara DeGroot can be reached at news@collegian.com, or on Twitter @zar_degroot.