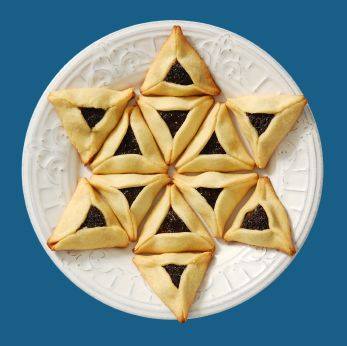 Most college students consider their dorm, house or apartment as the place where they feel safe, comfortable and essentially “at home.” Many Jewish students at Colorado State University consider the Hillel as their home away from home.

Hillel was established in 1998 and their community center is located at 720 W. Laurel St.

“Hillel’s overall goal is to enrich the lives of Jewish undergraduate and graduate students so that they may enrich the Jewish people and the world,” said Hannah Golditch, the vice president of Hillel and a sophomore sociology major. “From its inception, Hillel provides Jewish students a balance between being distinctively Jewish and universally human. It has encouraged Jewish students to pursue tzedek, tikkun olam and to support the global Jewish community.”

According to Golditch, the Hillel community meets regularly throughout the week. Hillel provides Shabbat services and dinners every Friday night. They also partake and host various activities on campus such as Relay for Life and Holocaust Awareness Week.

“I feel beyond blessed to have found a community where I can flourish in my Jewish identity here at CSU,” Golditch said. “The significance of Hillel has strengthened me tremendously and I’m excited for more generations of Jewish students to also discover their Jewish potential in our worldwide community.”

Alex Amchislavskiy is the Jewish campus life coordinator at CSU and started working at Hillel fall 2014.

“I really love Hillel because it’s a great opportunity to allow, support and advocate for Jewish students on campus and to build community,” Amchislavskiy said. “When I was in college, Hillel was a place for me where I made most of my friends and it was also a place where I ate, relaxed, studied and slept.”

President Rose Bork, a sophomore social work major, has been part of the organization for almost two years and held her current position since fall 2014.

“We have a house that serves as a place where Jewish students could hang-out and do homework,” Bork said. “It is also equipped with a kosher kitchen. Most of our activities center around food because that’s very important in Judaism, but we also do whatever the students want.”

According to Bork, Hillel is a student led organization.

“Hillel changes each year with the students so it’s really whatever the students want to see and do,” Bork said. “Hillel has been my biggest source of community. It has been my home away from home, my constant in my college journey, and has provided me with some of my best friends and taught me so much about being Jewish, a student and a leader.”

Collegian Reporter Amanda Thompson can be reached at news@collegian.com or @amanduhh3003.