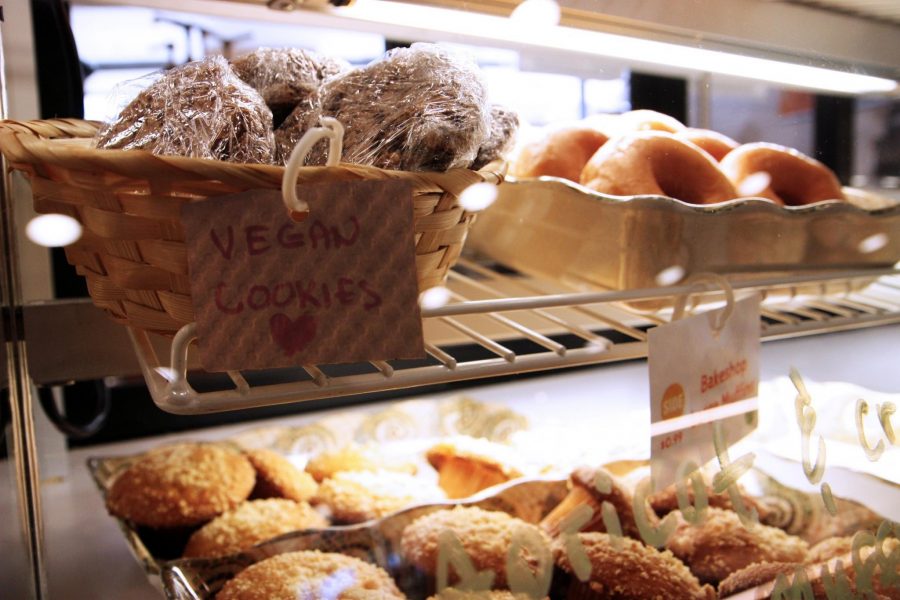 Special provisions are made to ensure that gluten-free baked goods provided by the CSU bakeshop are not contaminated before or after they are made. Some of the CSU bakers, who come in as early as 2:00am, work in the main kitchen of the bakeshop while others work in a separate kitchen designated solely for gluten free baked goods.

About seven years ago, the dining halls began having allergy-free lines, but it was a service that was under-utilized, according to Stuard. Many of the dining halls now have specialized gluten-free and other allergen-free sections with pre-made plates, but the most-utilized resource is an online menu system and physical food labels.

On average, CSU dining halls serve a total of 30 gluten-free plates per day and two dozen of both gluten-free muffins and gluten-free brownies per week, according to Stuard.

“Over the last couple of years, (we) took our online menu system and we added the full ingredients for all of the foods, and then if there’s any allergens in that recipe, we would tag whatever allergens are in there — we do the top eight,” Stuard said. “We have a labeling system, where we label things that are vegan, vegetarian and things that contain nuts. We also do have a gluten-free label, and those and the online menus with all of the stuff was the most-utilized things.”

Stuard will also soon begin offering free one-on-one dietary counseling sessions for on-campus students in addition to her Eat Well @ CSU blog, a service that students may utilize in addition to resources like the Kendall Anderson Nutrition Center at CSU, where hour-long student sessions cost $35 but more in-depth or medical options are available.

“Our nutrition counseling is going to be the biggest resource for (students), whether it’s general nutrition or they have a specific issue that they’re dealing with,” said Shelby Chandler, a Kendall Anderson Nutrition Center dietician. “They schedule an appointment with us, just one-on-one with a dietician for an hour, and then they basically express what their concerns are and we walk through answering some of their questions, addressing those concerns, (and) we provide them with any resources or materials that might be helpful.”

For some students, counseling may not be necessary, but eating on campus is still a matter of identifying problematic foods and navigating systems.

Freshman business major Chris Markey lives on campus and has several dietary restrictions that require him to be both dairy free and gluten free. Markey has tried to make use of the labeling and online ingredient systems available for dining hall menus, but said he has occasionally found them to be confusing or unreliable.

“They are doing quite a bit with different gluten free things now — it’s gotten easier as the year’s gone on, but at the beginning of the year, it was a nightmare,” Markey said. “They would post their ingredients online and tag things as gluten free … but if you actually went in and read the ingredients, half the stuff would actually contain wheat flour.”

Despite frustrations, Markey said he is grateful for the options available to on-campus students and just has to pay close attention to what he consumes.

“Now they have different gluten-free fridges and stuff like that, which is awesome, but all the stuff in the gluten-free fridges has cheese or milk … so it still makes it hard if you have a wide variety of dietary restrictions,” Markey said. “There are options, it’s just you have to be very careful. A lot of their combinations are helpful, but they’re not necessarily the most reliable yet.”