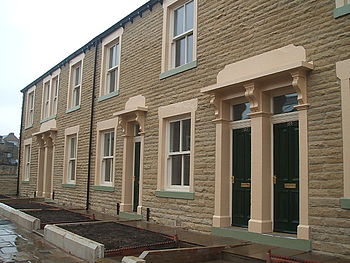 James Woltjen describes his house as archaic because it’s filled with appliances from the 7os.

Knowing the financial and environment costs older homes provoke, the Fort Collins-based Community for Sustainable Energy is initiating an energy audit disclosure in advertising for the city. The proposal would force leasing agents and landlords to state energy audits to potential buyers and renters.

“In addition to helping individuals save money and live in better housing, this will create jobs for efficiency contractors, reduce green house gasses, and keep money in the community,” the CforSE stated in a press release.

According to the Rocky Mountain Institute, a non-partisan research institute, Fort Collins could save $140 million by 2030 by maximizing building energy. Additionally, they said the city can reduce energy by 31 percent by improving buildings.

“This information can be particularly important to CSU students who often live in the least energy efficient housing, therefore paying the highest utility bills,” Day states in the resolution.

“If everybody knows what’s going on, then it almost becomes a competitive reason to buy one house over another,” McDermott said. “It makes us have better energy actions.”

Nick Millisor, a junior finance major, said he supports the disclosure. He said, beyond being practical, the resolution is morally sound.

“It’s about transparency,” Millisor said. “It would be about having a landlord be completely honest with the students, especially ones who aren’t used to renting. There are a lot of new renters, so I think it’s a great idea.”

Woltjen appreciates the environmental impact of the resolution.

“Every time you’re saving energy, you’re saving the environment,” Woltjen said. “Any less resources that you can use, it’s going to benefit everybody in the long run. We’ll be more sustainable.”