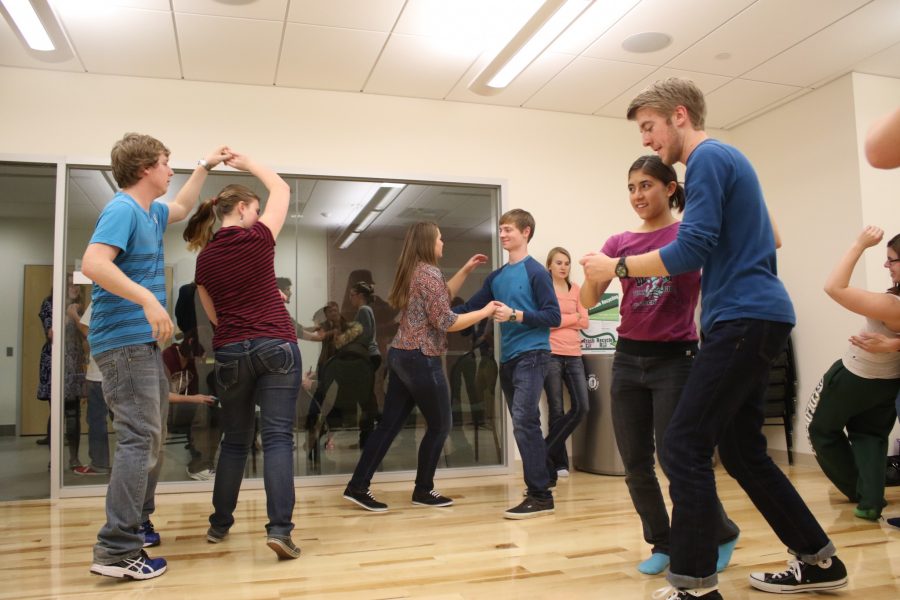 At Colorado State University, only two people, a graduate student and a professor to act as an adviser, are needed to start a club.

There are 661 registered student-run organizations registered at CSU, according to Ramlink.

In order to be recognized as an active student group on campus, a student organization needs to complete an annual registration process. The first step is to attend an officer orientation session.

The third and final step of the registration process is creating a constitution. Club constitutions outline everything about the club, including the name, purpose, membership, elected officers, amendments, financial structure and bylaws of the group.

“I believe its success is attributed to the people who love the dance,” Brungardt said.

Sophomore Kelsey Easton started the CSU Dead Poet’s Society in fall 2014. She said the club attracts people from a variety of majors.

“I’ve heard from quite a few CSU students, from Physics to English majors, that they would love to sit around and read poems,” Easton said. “But most of the student body hasn’t heard of this club or doesn’t have time to make the meetings.”

For the Ability club, an affinity group and organization in which students with or without disabilities discuss issues concerning disability, membership is also the biggest challenge.

“We are combined with the disabilities honor society, Delta Alpha Pi, but we technically only have five members,” said the current president of the club and junior Joe Tiner.

Brungardt said the biggest reason why clubs fail is that students can not afford the club fee. He said many other universities allow clubs to use space for free, but CSU charges clubs, which can result in a higher club fee.

For more information on how to start a club, visit the Student Leadership, Involvement and Community Engagement office.

Collegian Reporters Seth Bodine and Matt Gindin can be reached at news@collegian.com and on Twitter @sbodine120.