Old Town Square to be reconstructed by August 2015 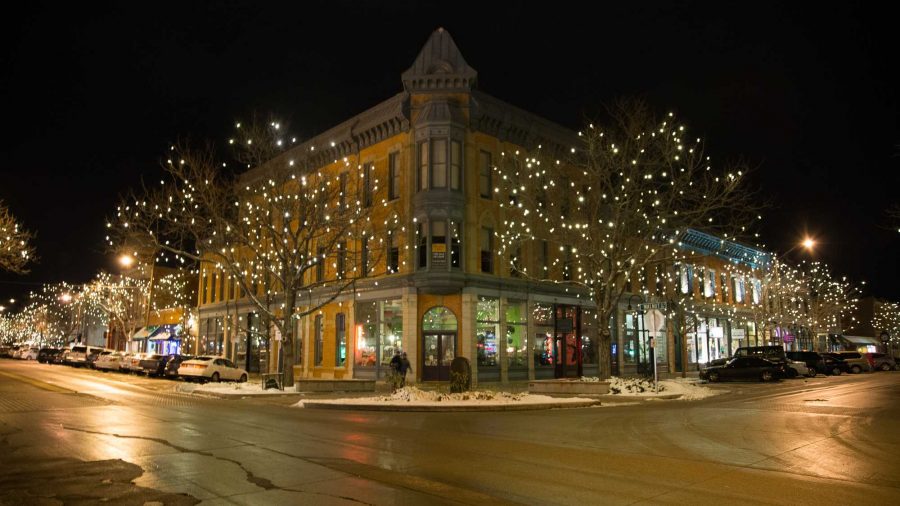 In an effort to preserve the vitality of downtown, the Fort Collins Downtown Development Authority will reconstruct Old Town Square. The project will cost approximately $3 million and will include renovations to the kiosk building, stage, pavement and fountain, according to Project Manager Todd Dagerfield.

Construction is planned to take place from the beginning of March to mid-August, Dagerfield said. Businesses in Old Town will remain open during the construction, and pedestrians will still have access to the Square.

“Most of the intense construction … takes place in a little section of the Square, but there will be access around the periphery of all this construction,” Dagerfield said. “(We want to) maintain the vibrancy of Old Town.”

According to Dagerfield, the kiosk building will be torn down, making space to move the stage to the northwest corner of the Square, near Walnut Street.

“By moving the stage to the northwest, we can actually solve a problem and actually benefit the Square too,” Dagerfield said. “There will be more space for performances … When there’s a large event, the pedestrian traffic chokes off the flow through the Square.”

Fort Collins will also create a shallow body of water that flows through the center of the Square, the location of the stage now. According to Dagerfield, they will add seating around the current water structure, as well as to the south side of the Square by Mountain Avenue. A fire structure will also be constructed in the south side.

Matt Robenalt, the executive director of the DDA, said that he anticipates a positive response from Fort Collins residents.

“We engaged the public, we engaged the businesses that are part of the plaza in the early phases of figuring out what this configuration is going to be,” Robenalt said. “I think there’s going to be a great appreciation, along with a long term love affair for the next 30 to 40 years.”

“For aesthetic reasons, I don’t think it needs to be changed,” Gibson said. “I go there probably twice a week, and I look the look that it has. I like that Old Town is unique.”

Robenalt acknowledges that some residents do not support the construction. However, he said that others believe the amenities are dated.

“It’s our opinion that the Square has been loved to death,” Robenalt said. “When you hug something really tight, maybe it’s time to take a step back and refresh it for the next 50 years.”

CTV News Reporter Karsen Buschjost can be reached at news@collegian.com or on Twitter at @KarsenCTV
Related articles