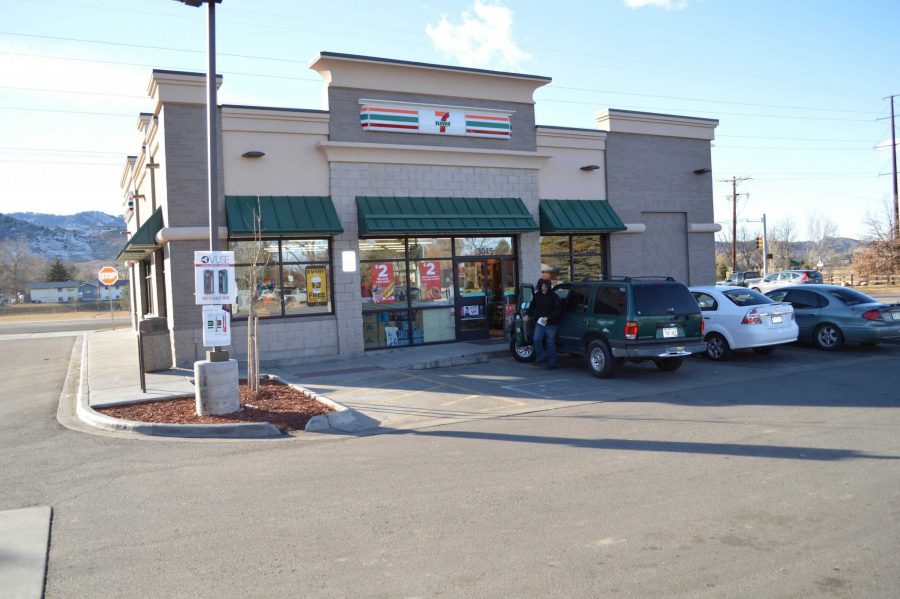 The 7/11 at the corner of Horsetooth and Shields issued Tyler Evoke money orders that were invalid. Photo by Stephanie Mason.

While trying to pay off his 2013 taxes, 23-year-old Tyler Evoke lost $2,500 through a series of money orders he took out at the 7-Eleven on Horsetooth Road and Shields Street.

“I basically worked the last few months to get to that point,” Evoke said.

Three weeks after he got the money orders in early January, he decided to handle his taxes a different way.

According to Evoke, he did not think he should send out several separate money orders and instead wanted to submit a single check. He got the money orders from two 7-Eleven employees.

Evoke said that when the bank went to put the money orders through the processing machine, there was an error.

“The last number on the money order was switched — basically canceled out,” Evoke said. “There wasn’t even watermarks in them. … Basically they were all fake.”

Evoke said he met with the owner of the 7-Eleven as well as the police, who responded quickly and created a case for him.

Since then, Evoke, who works as a tattoo artist at Freakshow Tattoo, has felt frustrated. He thinks the case has been neglected because of his appearance.

“For all they know, I am just some punk kid trying to make a quick $2,500 with these random money orders on him,” Evoke said. “I did what I could with complete honesty.”

Fraud crimes are an issue in the Fort Collins area, according to Fort Collins Police Spokesman Matthew Johnson.

“Frankly, there is a lot of yucky stuff going on in the world of fraud right now,”Johnson said.

According to Mike Knudsen, financial crimes detective, a lot of fraud happens when people leave identification items in open places where they are stolen.

“The best advice to give people is to not to store their financial devices, their checks and their credit cards in places that they can be stolen,” Knudsen said. “For example, your cars.”

Knudsen also advises that people check their credit scores and bank accounts to make sure they are not a victim of financial crime.

“By the time people find out they have been a victim, they have already been victimized multiple times, so the damage is financially pretty great,” Knudsen said.

According to Knudsen, financial fraud crimes are a trend. Money orders are not the most common types of issues, but can still become a problem.

“(Money orders) can also be stolen, forged and washed,” Knudsen said. “It is always possible that the number could have been seen by somebody else and then put on to a different template, that people have using computers, and recreated it.”

Evoke advised caution for students who use money orders.

“I wanted people to know in this day and age when money orders are so popular, that there are people out there who will serve you fake money orders,” Evoke said.