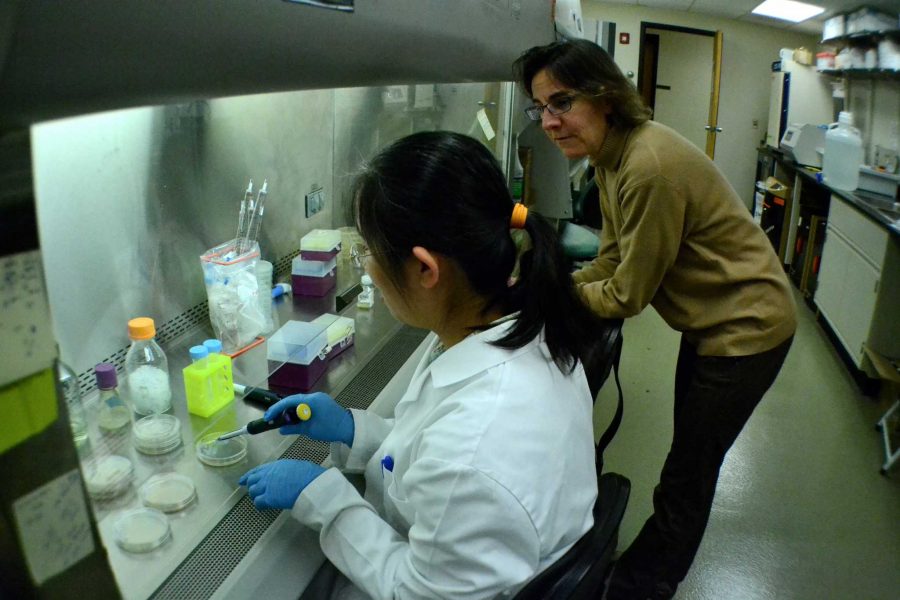 Leprosy is so rare in today’s developed world that many people think it no longer exists.

While the disease is largely curable through the use of multi-drug therapy, it still hasn’t been completely eradicated. A group of researchers at Colorado State University have discovered what may be keeping the bacteria alive in seemingly uninhabitable environments.

Leprosy is caused by a bacterium called Mycobacterium leprae that can lead to skin lesions and nerve damage. In 1991, the World Health Organization launched a campaign to eliminate leprosy by the year 2000. Elimination is defined as less than 1 case per 10,000 people, according to a WHO leprosy fact sheet.

While much of the world population met this goal in time, isolated areas in countries like India, China, Nepal, Brazil and Indonesia still see considerably high rates of disease emergence, according to William Wheat, a researcher in the CSU Department of Microbiology, Immunology, and Pathology.

“The persistence of leprosy is primarily among those individuals who remain marginalized and under served—the poorest of the world’s poor,” Wheat wrote in an email to the Collegian. “Basically, leprosy in the 21st century is a disease of poverty.”

The disease spreads primarily by the inhalation of infectious particles, and requires close and repeated contact with untreated cases, according to Wheat.

“Curiously, though, there are cases that seem to emerge without an apparent exposure to someone infected,“ Wheat wrote. “This prompted us to wonder if these cases were either due to an inability to detect early infections in households, or perhaps there was a means of sustaining the leprosy bacillus in the environment.”

Wheat, along with Mary Jackson, an associate professor and director of CSU’s Mycobacteria Research Laboratories, discovered that M. leprae could survive for months in free-living amoebae common in the environment. This is especially interesting because M. leprae cannot be grown in the laboratory, according to Wheat.

This study was published in the journal PLOS Neglected Tropical Diseases. In future studies, the team hopes to learn more about the interaction between mycobacteria and their host amoebae, according to Jackson.

With more than 1.5 cases per 10,000 people, Brazil is the only country that has not yet met the WHO target. There were approximately 31,000 new cases diagnosed last year in Brazil, compared to less than 200 cases in the United States, according to John Spencer, an assistant professor in the Department of Microbiology, Immunology and Pathology.

Spencer has been working closely with some of the lead leprosy clinicians and researchers in Brazil for the past two years conducting surveys in the northern state of Pará. This area has some of the highest detection rates of new cases in the world, according to Spencer.

“We diagnose between 4 to 10 percent of everyone we see based on clinical signs and symptoms during each survey, which is hundreds of times Brazil’s national average,” Spencer said.

Spencer received a Fulbright Scholar Award that will support him to live and work in Brazil for four months later this year. During this time, he and his colleagues will be trying to develop a diagnostic test for leprosy. Diagnosing and treating people earlier will help minimize the spread of infection.

Funding is a major roadblock for research related to neglected tropical diseases such as leprosy because they only tend to affect the poorest, most disadvantaged people, according to Wheat.

“America—and the rest of the developed world—seems to be more crisis oriented in its funding response to disease outbreak, rather than being more proactive in their understanding of the nature or process or dissemination of these diseases,” Wheat wrote.

According to Wheat, understanding the nature of neglected tropical diseases could provide knowledge that relates to more urgent infections, such as MRSA, measles and Ebola.

Collegian Reporter Emily Vavra can be reached at news@collegian.com or on Twitter at @vivalavavra.