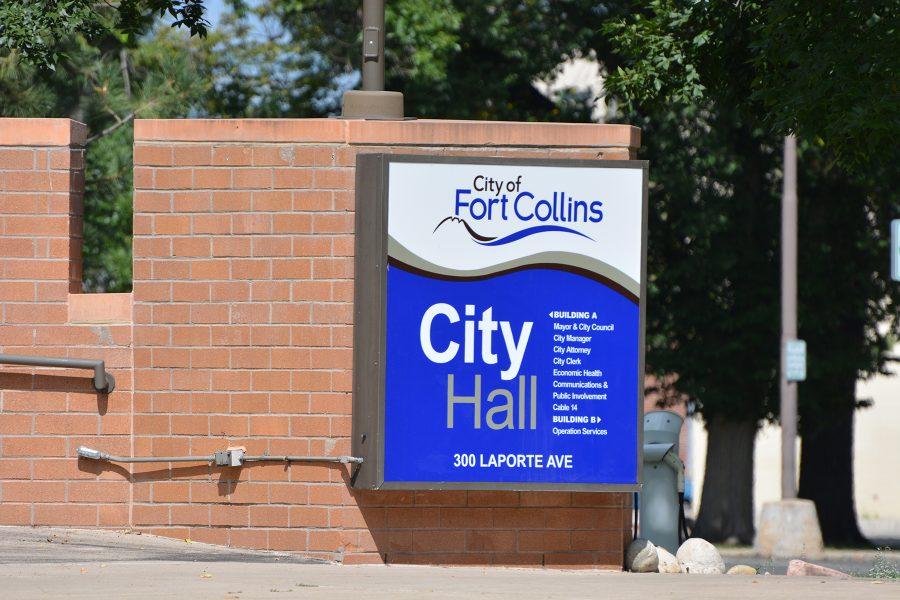 The Fort Collins City Hall handles with many issues involving illegal camping. Recently, there have been several meetings to discuss the topic. (Photo Credit: Megan Fischer)

As a result of a recent lawsuit filed against Fort Collins, city council will hold an emergency meeting Friday at 4 p.m. to discuss the city’s panhandling ordinance.

The city has broad restrictions on panhandling, which, according to the American Civil Liberties Union, restricts freedom of speech. The Union filed a class-action lawsuit against Fort Collins Feb. 10, challenging the City of Fort Collins Solicitation Ordinance.

Panhandling, according to the ordinance, is defined as “knowingly approaching, accosting or stopping another person in a public place and soliciting for a gift of money or thing of value.”

Currently, panhandling is legal in the city, according to their website. However, it is illegal under certain conditions. It is prohibited, for example, within 100 feet of an ATM or bus stop, in parking structures and 30 minutes before sunset and sunrise.

Representing four homeless individuals in Fort Collins, ACLU claims that the ordinance harms those living in poverty. According to their biographies, the clients panhandle downtown and “represent a class of people who want to engage in peaceful requests for charity in Fort Collins.”

However, the city’s legislation can prevent such requests.

“In recent years, police officers have issued dozens and dozens of citations for alleged violations, and the City Attorney’s office actively prosecutes and obtains convictions for these violations in the Fort Collins Municipal Court,” the complaint states.

Vanessa Fenley, project director of Homeward 2020, an initiative to end homelessness in Fort Collins by the year 2020, said that it is important to distinguish between panhandling and the homeless population.

Nancy York, a 76-year-old resident in Fort Collins, is also a client of ACLU, saying that she objects to the Fort Collins law. It inhibits individuals from asking her for money because of her age.

“Nancy is fully capable of making her own decisions on whether or not to give, and does not appreciate the city’s paternalistic and stigmatizing ordinance forbidding panhandlers to approach those over a certain age,” the biography states.

The case was brought to ACLU by Greenpeace, Inc., a nonprofit that was previously allowed to ask pedestrians for financial contributions. Now, according to the ACLU complaint, “Fort Collins police have recently put Greenpeace on notice that its canvassing activities in downtown Fort Collins violate the Panhandling Ordinance.”

Greenpeace could not be reached by time of print. Fort Collins Police Department declined to comment on the issue.

Federal District Court Judge William J. Martinez denied the motion for a temporary restraining order but set a hearing on the Motion for Preliminary Injunction for March 2 in Denver.