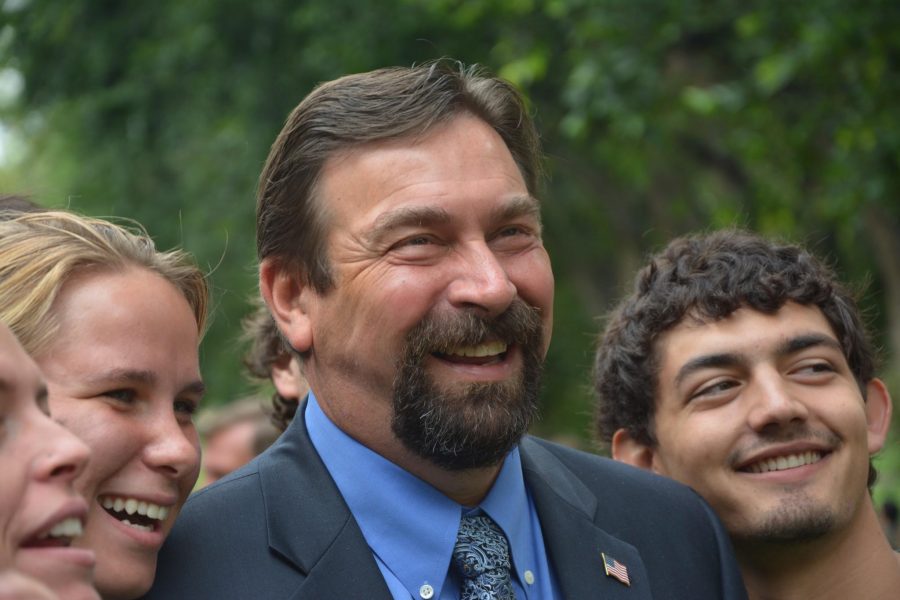 Frank will replace current Chancellor Mike Martin, who announced he was stepping down Monday.

The Chancellor manages general operations of the CSU System, legislative and governmental relations, legal affairs, statewide advocacy and coordination of projects among the three campuses.

“If you look at a lot of the things that chancellor does, Tony is already involved in them,” said Tom Milligan, vice president of external relations. He said Frank will not be paid more for taking on the new position.

The Board of Governors will be taking the next few months to decide if this structure will be permanent.

“Our statewide system is designed to provide an affordable, high-quality education for a diverse range of learners at all stages of life – including recent high school graduates, working professionals, veterans transitioning to civilian life, and scholars pursuing advanced knowledge at the highest levels,” Frank said in the press release. “All three of our institutions are doing very well and making great progress, with a shared commitment to serving Colorado. I’m honored to take on this new role and to work with our board to build on the great momentum across the CSU System.”

In an email to the student body Thursday, Frank discussed how Fort Collins campus presidents served as system chancellors until 2009.

“Tony Frank is one of the top higher education leaders in the country, and we are confident that in this role he will help provide the leadership and stability necessary to support all three universities in upholding their missions, building excellence, and serving the state,” said Dorothy Horrell, chair of the CSU Board of Governors. “Over the next few months, as we look to finalize the permanent leadership structure, we’ll focus on improving an already strong system, and Tony will be central in helping to design that.”

Collegian News Editor Caitlin Curley and Assistant News Editor Christina Vessa can be reached at news@collegian.com or on Twitter @caitlinjcurley or @chrissyvessa.