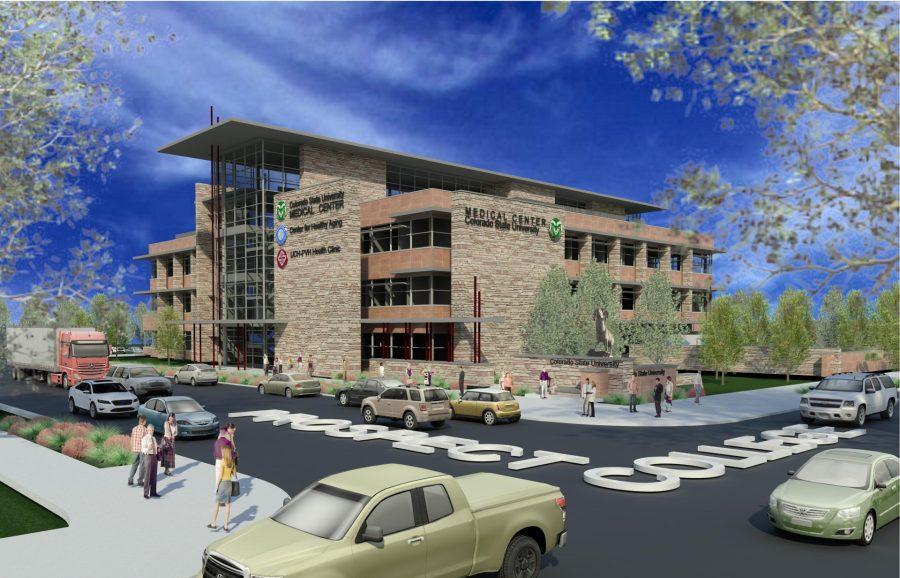 The CSU System Board of Governors approved a plan Thursday to build a $59 million medical center on the southeast corner of campus.

The current on-campus health service, Hartshorn Health Services, was built in 1964 to serve the 9,000 students at CSU. Health services is located in both Hartshorn and in Aylesworth Hall, which focuses on counseling and mental health.

“We’ve outgrown our space,” said Anne Hudgens, executive director of Hartshorn Health Services. “As the population is growing, we’re serving more than 52 percent of the population every year to the medical clinic and about 17 percent to counseling services.”

Nearly 50 years later, a new center will be built to suit the 30,000 students, and 250 health network employees on campus in one location.

While there are no plans to change Aylesworth Hall, the fate of the Hartshorn Building has not yet been decided, according to Mike Hooker, executive director of public affairs and communications.

“Several ideas have been exchanged, including leaving it as office space for other departments, or absorbing the site into a green space on campus,” Hooker said.

The new four story medical center will be constructed on the northwest corner of College Avenue and Prospect Road and will be available to students and the Fort Collins community. The CSU Research Foundation owns the majority of the land where the center will be built, according to Hooker.

Hooker said the medical center will be funded through a combination of donations, lease payments and revenue from the Health Network.

A portion of the funds came from Columbine Health Systems and University of Colorado Health. Each gave $5 million in contributions and will be partnering with CSU in the new medical center.

Columbine Health Services and UC Health will both have units in the medical center. Columbine will focus on healthy aging while UC Health will have an urgent care clinic.

“Students will gain the most from the UC Health urgent care service lent out of their clinic,” Hudgens said. “It will be much more convenient access to urgent care.”

Lise Youngblade, associate dean for research and graduate programs in the college of health and human sciences, sees the partnership with Columbine Health Services as beneficial to CSU students as well.

“Students will be able to use the medical center as research assistants or for independent studies on healthy aging in a hands on way,” Youngblade said.

“I think there are benefits for graduate and undergraduate students through the Columbine Health Services partnership with the College of Health and Human Sciences that will be mostly research driven,” Hudgens said.

Construction for the medical center will begin in the fall with completion planned for late 2016.

Collegian Reporter Kendall Krautsack can be reached at news@collegian.com or on Twitter @keni444.