$220M to be borrowed for on-campus stadium 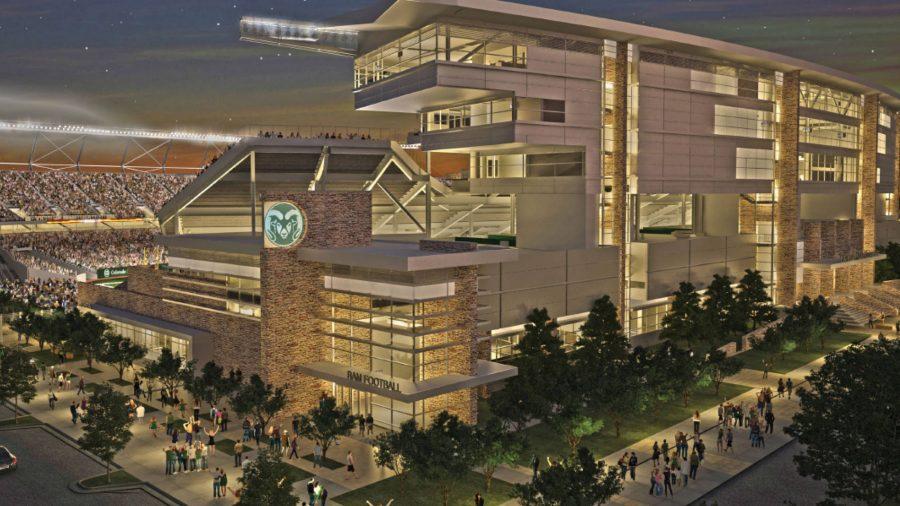 Colorado State University received authorization for $220 million in revenue bonds for the construction of the new on-campus stadium Tuesday. Private donations will go toward making annual debt payments on the bonds over the next 30 years, according to Mike Hooker, executive director of public affairs and communications.

Groundbreaking for the stadium is set for summer 2015, although there is no specific date as of now.

“We are working on (changes to parking and traffic patterns),” Hooker said, “and as those plans move forward, we will unroll those plans as the need comes.”

Before Tuesday’s decision, the construction plans rested between two options: build the stadium in phases or partner with a private fund to build it all in one phase. Hooker said CSU plans to develop a finance plan for the latter option.

President Tony Frank will present this plan at the Board of Governors meeting Feb. 4 – 6 at the CSU Global Campus in Greenwood Village. The meeting will be open to the public.

Hooker said there is a budget of $30 million to go toward assistance with infrastructure improvements within Fort Collins.

A majority of students polled at CSU were not in favor of an on-campus stadium option, according to a survey the Associated Students of CSU released last semester. The students are not the only ones with concerns.

Bob Vangermeersch, founder of Save Our Stadium Hughes, opposes the new stadium.

“It is going to be an ecological and financial disaster for CSU and the community,” Vangermeersch said. “Building that stadium, just the materials and the building, is going to toss off 90 thousand metric tons of carbon.”

He said that the decision to build the stadium contradicts CSU’s eco-friendly image. He also added that the cost will burden students and taxpayers.

SOS Hughes will be holding a public meeting Wednesday at the Westminster Presbyterian Church of Fort Collins at 7 p.m. to discuss how the group can work to monitor the new stadium’s budget and building process.

Several on-campus organizations will be affected and relocated due to the stadium construction. The outdoor Challenge Course facility on Centre avenue will be dismantled this spring to make way for the relocation of Plant Environmental Research Center’s (PERC) greenhouses and research plots.

“We will have new greenhouse facilities which are desperately needed to replace our old greenhouses and office buildings and labs,” said James Klett, a landscape horticulture professor involved in the research at PERC.

“We have options, but right now we have our land and the land that has been used for 20 years,” said Ari Helland, co-manager of the CSU Farm. “We have that until October because of another research trial that is going on adjacent to our garden.”

The new stadium will be located west of Meridian Ave. on Lake and Pitkin streets in the southwest corner of campus.

Collegian Assistant News Editor Christina Vessa and news reporter Zara DeGroot can be reached at news@collegian.com or on Twitter @ChrissyVessa and @Zar_DeGroot.