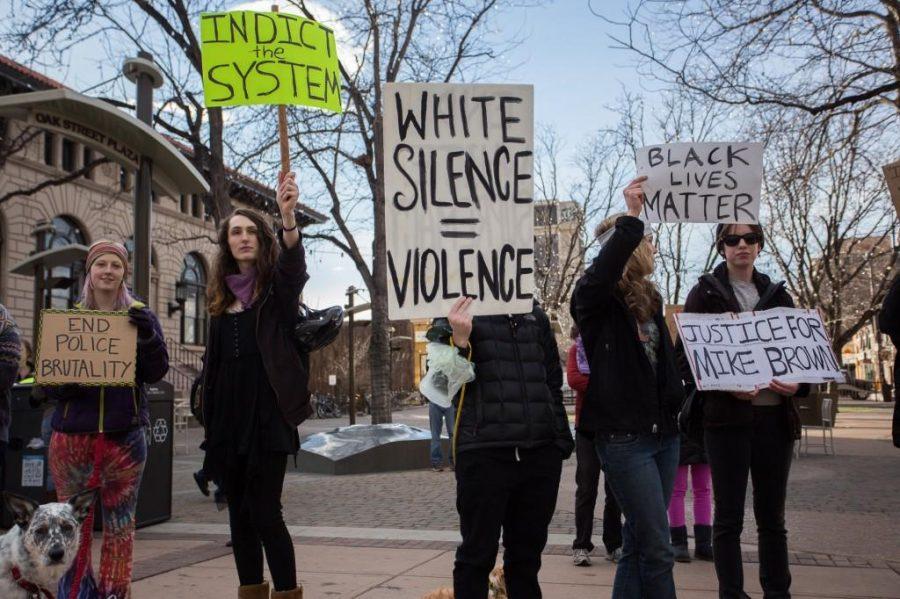 Nearly 30 residents of Fort Collins stood at Oak Street Plaza Saturday afternoon to protest the grand jury indictment decisions on the Michael Brown and Eric Garner cases. The protest was organized by Fort Collins resident China Brown who created a Facebook event. Brown said she organized the protest because she was bothered by some of the issues and events that are going on in America like police brutality. She felt the need to exercise her right to organize and protest. The protest grew organically as passersby who shared the same sentiments as Brown joined the protest. The protest was peaceful, as participants held signs and chanted. Motorists who passed by the protesters either honked their horns in support or yelled their opposing opinions.