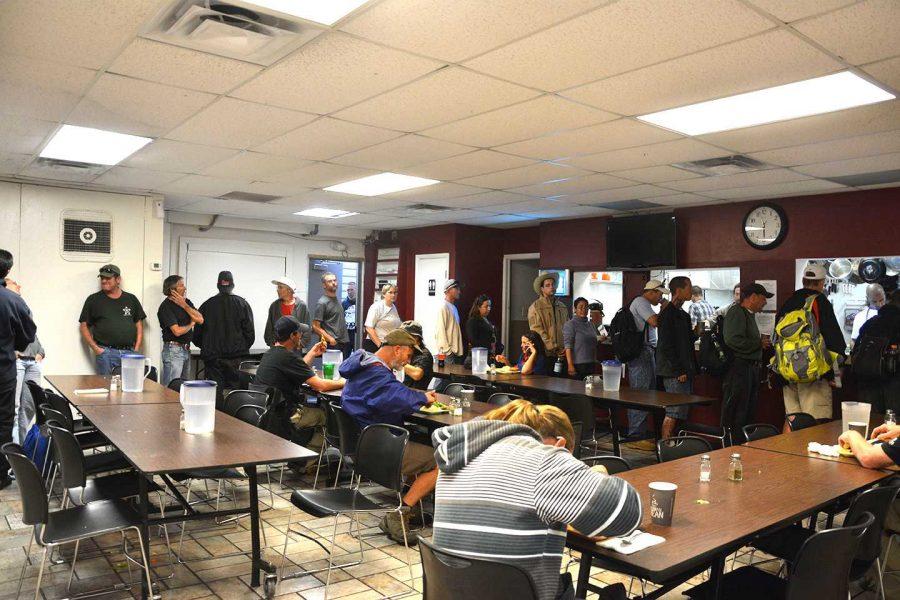 Cold winter weather can be potentially fatal to the homeless population, who are susceptible to the cold since shelter space is limited in Fort Collins. The city has partnered with non-profits to add shelter space to prevent this dangerous situation.

In November, City Council passed an emergency ordinance that allowed temporary winter overflow shelter for women in response to the cold weather and demand for shelter space.

The average Fort Collins low temperature in November was 26 degrees. In December it has been 18 degrees.

Vanessa Fenley, director of the nonprofit Homeward 2020, said winter weather can be life threatening to the homeless population.

“Cold weather really threatens someone’s chance for surviving on the street,” Fenley said. “Its important focus is put on making sure people have opportunities to sleep inside.”

Fenley said during the winter months it can be frigid at 6 p.m., which is dangerous for the homeless population.

In January, Fort Collins will be hosting a summit to address the issue of homelessness in the community where a variety of options will be discussed, according to City Council Member Bob Overbeck.

Overbeck said he wants to extend an invitation to state legislators to attend the summit. He said the homelessness issue extends past the Fort Collins community, and state involvement might be necessary to address the issue.

“Communities are struggling,” Overbeck said. “There is some support from feds, but it may not be enough. We really need to invite legislators into the conversations so communities aren’t trying to tackle this on their own.”

Overbeck said a little over 50 illegal camping tickets were issued to people in the past three months.

“That says if we don’t have enough accommodations to assist some of the overflow, we as a community need to figure out why this is happening,” Overbeck said. “We need to ask, ‘why are we not able to make sure there is adequate housing?’”

Currently, Fort Collins Rescue Mission and United Way are catering to the needs of the homeless in Fort Collins, but many residents believe that is not enough.

An overflow shelter to help take care of those that may be turned away from full shelters on cold nights opened Monday at the Community of Christ Church on East Oak Street.

The city put $10,000 towards the shelter and partnered with Catholic Charities in the opening of the emergency shelter, according to Director of Social Sustainability for the City of Fort Collins Beth Sowder.

“We tried to stretch the budget, so we only open when we have to,” Sowder said.

Sowder said they are still looking for a place to host a warming hut or hospitality room, where those waiting for the emergency shelter to open can stay warm.

Shelters require people to check-in for the night by 6 p.m. and the overflow shelter opens at 10 p.m., which gives volunteers enough time to set up the emergency shelter if it is needed, according to Sowder.

The warming hut would be open during that time gap, so people have a place to go to stay out of the cold.

Fenley said adequate shelter space is a problem the city deals with every season.

“Everyone should recognize it’s incredibly difficult to be homeless year round, but winter months show how difficult it can be and how life threatening it can be,” Fenley said. “Hopefully soon we won’t have to have these conversations about homeless during the winter or summer.”

Collegian Reporters Sady Swanson and Danny Bishop can be reached at news@collegian.com or on Twitter at @sadyswan or @dannydbishop.