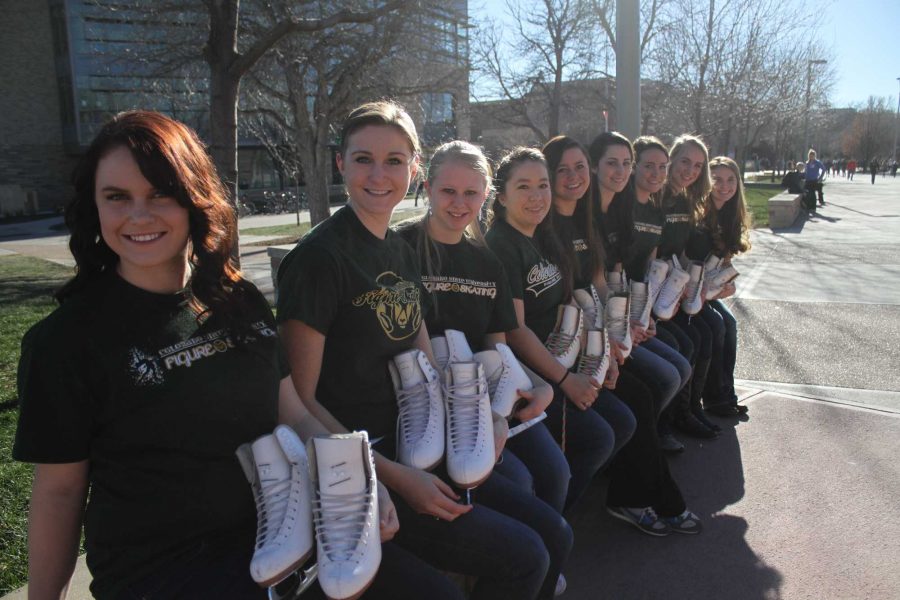 The club team, composed of 20 CSU female students, competes against schools in the Pacific region of the country, including University of California San Diego and University of Colorado Boulder. The team is second only to University of Denver.

According to Francesca Tait, the president of the team and a senior political science major, the team has grown since its beginning seven years ago. Tait considers the team to be like her family. Each girl competes individually, but they meet together weekly to practice together at Edora Pool Ice Center.

“Normally, because figure skating is such a competitive sport, girls aren’t that close,” Tait said. “Unless you’re doing synchronized skating, which we aren’t, it isn’t common to connect to that team. Being on this team brings us together, because we’re supporting our competitors.”

To Gabrielle Talbot, a senior business major, participating on the team means pursuing her lifelong passion.

“It’s a great way to continue doing what you love in college,” Talbot said. “All of us have been doing this all our lives. We’re just continuing what we’ve always enjoyed.”

The team plans to compete in San Diego in January. On Saturday at 7 p.m., the team will hold a fundraiser at EPIC to raise money for their trip to California. Tait said she encourages students to attend the event, saying that CSU needs to support their club teams.

“It’s not only us, it’s also the lacrosse team or the water polo team,” Tait said. “They [CSU] promote all the other athletics, but they forget about the club teams.”

“Being on the figure skating team is such a cool experience,” Keckritz said. “One of the best parts of being on the team is how unique it is. It isn’t like basketball or volleyball, stuff everybody can do. It’s challenging and special.”