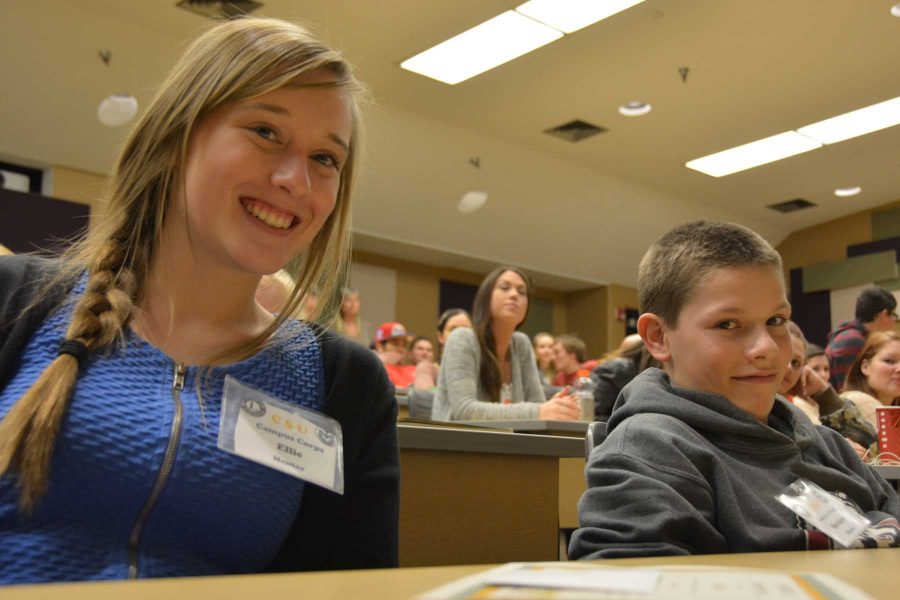 Roughly 25 minors sat in a room with their families and friends to revisit memories of the semester, to be recognized for their progress and to wish another semester of Campus Corps farewell.

The mentees, mentors and families gathered to celebrate finishing 12 weeks of Campus Corps, a program in which student mentors from Colorado State help at-risk youth.

“The majority of kids come to us through the court system in some way,” said Toni Zimmerman, the Campus Corps principal investigator.

The program lasts for 12 weeks. Each mentee spends four hours a week participating in the program, and mentees spend about nine hours one day preparing and leading Campus Corps activities for elective credit.

“Students do this because they want to get involved,” Zimmerman said.

Krisa Wagner, parent to Matthew Wagner, 13, who participated in Campus Corps, expressed her gratitude for the program.

“It’s a wonderful program they offer for the children,” Wagner said. “My son was starting to get into a bit of trouble, and the program was a great way to get him focused.”

According to Wagner, the program is helpful to her son because he gets individual time with a Campus Corps mentor. She said the mentor helps boost his self-esteem and has gotten him back on track with his school work.

“They do get a lot of stuff done,” Wagner said. “They get more done than the kids realize.”

According to Ellie Pribus, a sophomore Spanish major, being a mentor for Campus Corps means creating a relationship with her mentee. She was Matthew’s mentor for the 12-week program.

“Giving him (Matthew) the attention he needed is my role as a mentor,” Pribus said. “He is my number one priority.”

“I appreciate every mentor that has worked hard for our behalf,” Matthew said.

Pribus said the graduation is a way for mentors and mentees to celebtrate accomplishments and to make the last evening of Campus Corps for the semester special.

“For us, it’s a way to say goodbye because we bond so much,” Pribus said.

The evening concluded with a “shout-out,” during which, mentees, mentors and all in attendance could give final comments on program and thank those that made an impact in the Campus Corps program.

More information on the Campus Corps mentoring program can be found here.