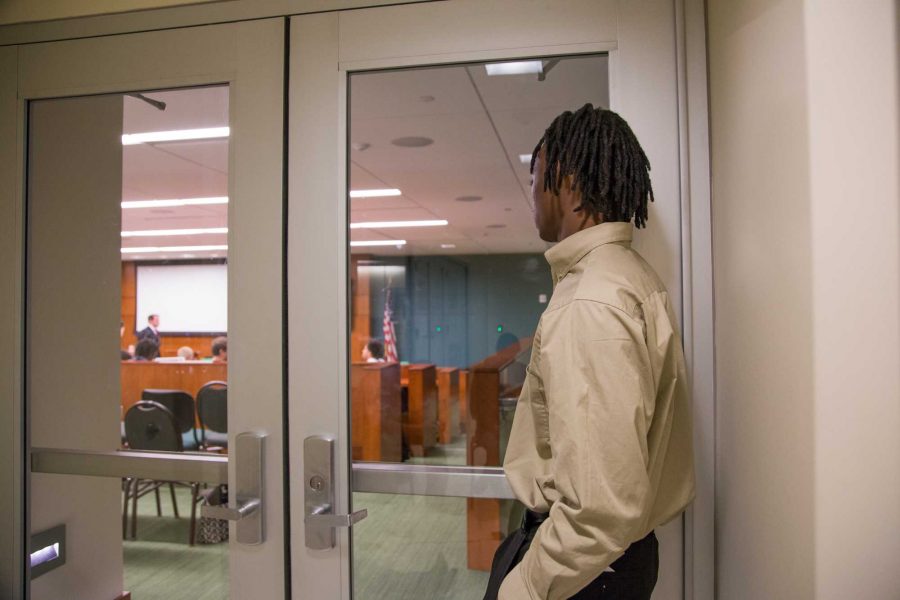 Former ASCSU Sen. Kwon Yearby was impeached for cases of harassment and intimidation, according to witness testimony obtained by the Collegian.

The accusations range from forcing unwanted conversations to threats of impeachment of other senators.

“Membership in ASCSU — like any student organization — is a privilege and can be lost as a result of certain types of conduct,” ASCSU Vice President Lance Li Puma wrote in an official statement to the Collegian.

There has been controversy surrounding ASCSU’s closed impeachment hearing. Closing the meeting to the public would have been illegal for a governmental body under  Colorado Open Meetings Law, and Yearby has questioned whether the meeting also violated his Sixth Amendment right to due process. CSU officials have since confirmed that ASCSU is not a governmental body and therefore not subject to Colorado Open Meeting Law. Yearby has reached out to the ACLU for legal counsel.

Li Puma stated that although ASCSU is not subject to the open meetings law, ASCSU’s meetings are public. The impeachment hearing was an exception because it was a “personnel matter.” Li Puma wrote that the purpose of the executive session was to respect confidentiality.

Sen. Jason Sydoriak has questioned the validity of Yearby’s impeachment.

“I don’t think they (Senate) will impeach him based on the evidence against him,” Sydoriak said Wednesday before the decision was made. “I think he will be impeached based on what people know of his character.”

Yearby’s accusers identify several instances in which they say Yearby harassed or threatened them. Yearby issued a statement in defense of the accusations, arguing that the evidence available is testimony and not factual evidence.

In one instance, Yearby sent an email to Speaker Pro Tempore Brandon Earle asking for a bill he authored to be included in the Senate agenda for that week. Speaker Earle responded by saying that Yearby missed the deadline for that week, which he said was noon Monday.

Yearby responded by citing the ASCSU website which states: “To submit legislation to appear before Senate, please email it to all three (leaders of Senate) of the following, by no later than 5 p.m. the Monday of the week in which you would like the legislation to come up.”

Yearby followed this by writing that not allowing the bill to appear before Senate that week was unconstitutional and threatened to impeach Speaker Earle.

“I felt personally threatened by this slanderous act, but after talking with my direct supervisor, decided not to act on it,” Earle wrote in the testimony.

This is not the only testimony of Yearby threatening to impeach a fellow ASCSU member.

According to testimony from Sen. Kelsey Bigham, Yearby threatened to impeach her as many as four times. Sen. Bigham also accused Yearby of repeatedly pestering her to be his running mate for president of ASCSU despite repeatedly saying no. She claims that he was discriminating against her based on her gender.

“He [Yearby] has a very powerful and persistent personality,” Bigham wrote in her testimony. “When speaking to me in particular, these actions make me feel very uncomfortable.”

Along with this instance, Sen. Bigham submitted a text message she received from Yearby after the letters of impeachment were brought before the Senate.

“Although I cannot wrap my head around why you would do this to me, I am holding on hope that it was truly justified in your mind or that it was a simple misunderstanding,” Yearby wrote in the text message. “In either case I wish you would have talked to me first.”

Yearby also mentioned that he considered Sen. Bigham to be one of his friends in Senate, and hoped that they could continue to be friends despite the impeachment. He also called himself “self-aware,” acknowledging the fact that he can be overly passionate at times.

Sen. Samuel Laffey submitted an incident report from March 11. According to the report, Yearby accused Laffey of telling other senators not to trust him. Laffey denied doing this. Later that evening, Yearby asked Laffey if he feared him, to which Laffey replied that he did not.

“Later that night I told my parents about this and my mom became visibly upset,” Laffey’s report reads. “I feel that Kwon’s claims, while not of a physically threatening nature, constitute a verbal attack on my person and character.”

Yearby defended himself by saying that he was not trying to intimidate Laffey, but that he was under the impression that he was being lied to out of fear.

“I believe that people usually lie out of some amount of fear,” Yearby wrote in his defense. “I genuinely believe that Sam lied when he said that he did not tell people not to trust me because I heard from multiple people that he did so.”

Yearby’s accusers also submitted statements regarding his behavior during Senate meetings. In several cases Yearby is accused of disrupting the Senate by refusing to sit when asked by Vice President Lance Li Puma, and by speaking out of turn.

“These prior instances are non-conducive to creating a successful collaborative work environment due to the elements of intimidation, harassment and coercion,” Sen. Andrew Bondi wrote in his statement.

Yearby claims in his defense that other senators are allowed to speak and make motions while standing, and he has the right to question the rulings made by Li Puma.

“I was merely defending my right to debate as a Senator of ASCSU,” Yearby wrote.

Li Puma defended the impeachment process in his statement, but acknowledged Yearby’s right to appeal the senate’s decision.

“ASCSU’s impeachment process gives all parties appropriate notice and a meaningful opportunity to participate,” Li Puma wrote in his statement. “The impeachment proceedings were followed for Senator Kwon Yearby, and he has been an active participant in the process.”