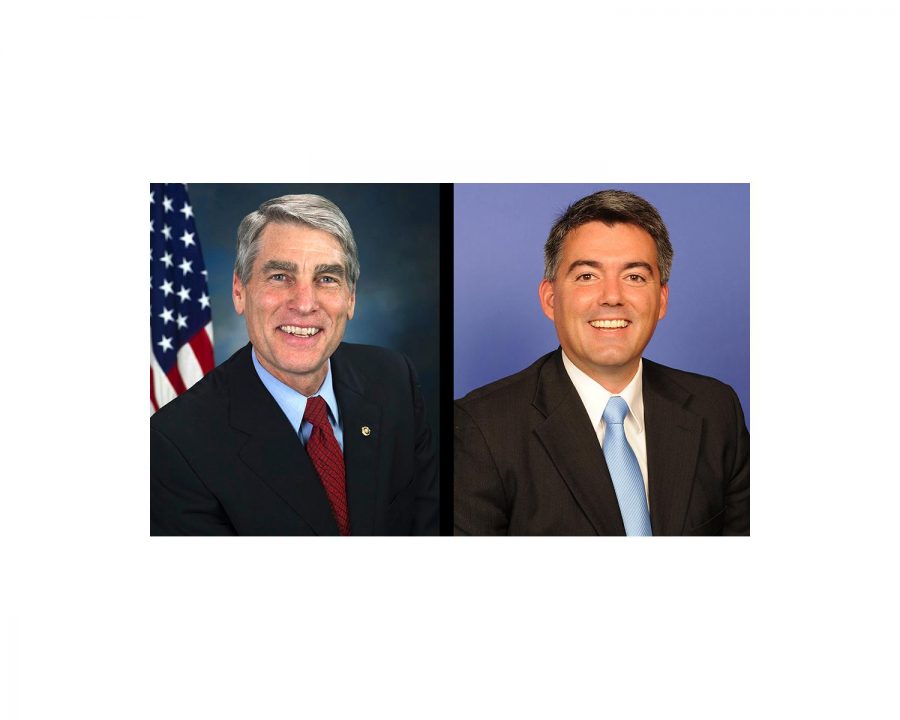 All eyes are on the Colorado Senate race for the midterm elections this year. Drastic political and social policy differences between incumbent Democrat Mark Udall and challenger Republican Cory Gardner, and the potential to sway the Senate majority, have split voters down the middle and made for a tight race, with Gardner slightly ahead in the polls.
Congressman Cory Gardner

Cory Gardner is a Republican and has been a member of the United States House of Representatives representing District 4 since 2011. He is from Yuma, Colorado, and got his BA in political science from Colorado Sate University. During his time at CSU, Gardner was a Ram handler and said he is proud to be a CSU alumnus.

Gardner said he is still paying off his student loans, so he understands the burden student debt can put on families. He has introduced bills that allow for greater flexibility in education savings accounts as well as more student loan interest to be deducted from taxes.

Gardner said he initially did not support the legalization of recreational marijuana in Colorado, but now that it is legal, Colorado can be a testing ground before other states legalize it as well.

“I opposed it when it was first offered, but now it is the law of the land,” Gardner said. “I just hope that other states, as they pursue this on their own, will watch what happens in Colorado before they choose their own direction.”

Gardner is anti-abortion, and does not believe that health insurance should cover birth control. He thinks birth control should be made available over the counter without a prescription.

Gardner said he has supported a number of measures to combat sexual assault on campus and around the country, such as the Violence Against Women Act.

“I will continue to pursue opportunities to protect women in the country,” Gardner said.

Gardner said he supports energy in all forms, including fracking.
Senator Mark Udall

Sen. Mark Udall is a Democrat who has been a member of the United States Senate since 2009. Udall grew up in Eldorado Springs and got his BA in American civilization from Williams College.

During his time in office, Udall served on the Committee on Armed Services, the Committee on Energy and Natural Resources and the Select Committee on Intelligence. According to Udall, the focal point of his campaign is lowering college costs for students by offering more government aid.

Udall strongly believes in education reform, and supports pell grants as one of the possible solutions to the problem. Udall has criticized Gardner for his lack of support for Pell Grants.

“College has to be made more affordable,” Udall said. “It’s one of the centerpieces of my campaign.”

Udall plans to continue to fight to implement the will of Colorado voters at the federal level, and supports greater access to the banking system for the cannabis industry.

Udall is pro-choice and thinks women’s reproductive rights should be up to the women, not bosses, congressman or judges. He is against Amendment 67, and criticizes Gardner’s support for the amendment as well as the fact that Gardner has since denied sponsoring the bill.

Udall said his involvement with sexual assault prevention within the military can be translated to college campuses.

“We have taken some big steps in letting it be known that military sexual assault is no longer acceptable,” Udall said. “We can take that same commitment to college campuses.”

Udall does not currently support a fracking ban, and plans to form a position on fracking from the findings that Gov. John Hickenlooper’s fracking commission will release in 2015.

Collegian City Beat Reporter Danny Bishop can be reached at news@collgian.com and on Twitter @DannyDBishop.