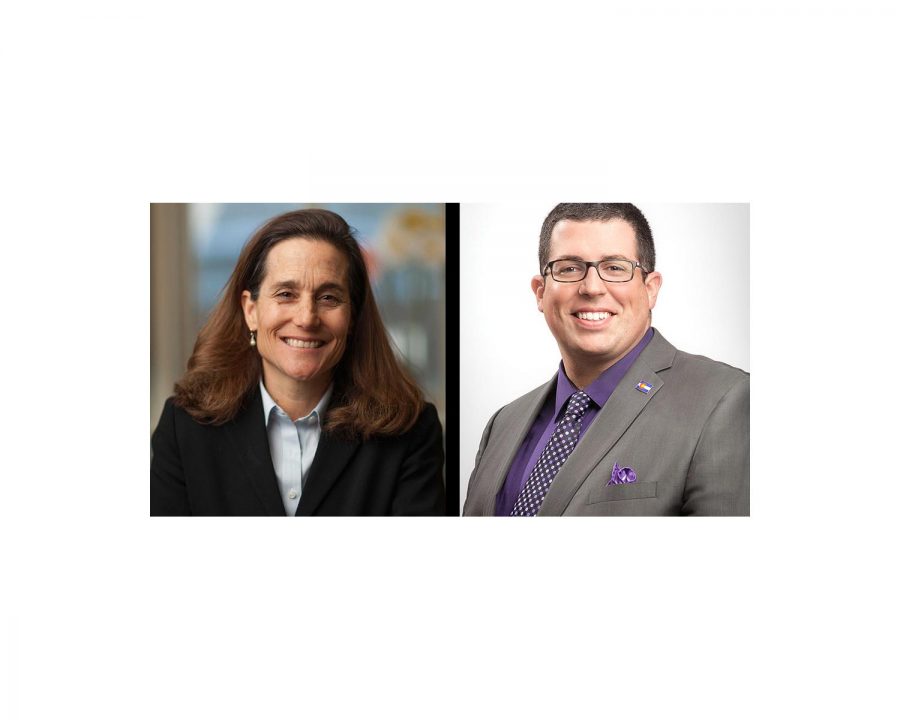 Republican candidate Tim Bessler and Democratic candidate Jeni Arndt are running for the open state representative seat in House District 53. This district encompasses western and southern Fort Collins. Both candidates have strong ties to the Fort Collins community and very similar views on key issues. The one issue that these candidates disagree upon is gun control, as Bessler is looking to repeal the “common sense” gun laws, where Arndt supports the anti-gun laws.
Jeni Arndt, Democrat

Jeni Arndt is a Fort Collins native and has been an educator for many years. She has spent much of her life abroad, living in Mozambique for five years and serving in the Peace Corps. She has obtained four degrees and is currently working on an M.B.A. at Colorado State University. Arndt hopes to build a strong education system, as well as create jobs.

Arndt believes that fracking is beneficial to the economy.

“We have all the clean energy stuff that comes from CSU, and this is a very important issue for our district and one of the values of the town,” Arndt said.

Arndt believes that it is “absolutely unacceptable” that Colorado is 49th out of 50 states in funding for higher education.

“What scares me is we seem to be losing that special mission that CSU has as a land grant of offering a reasonable cost for an excellent education,” Arndt said. “I will look for any way I can to support higher education.”

Arndt is also a supporter of the legalization of marijuana.

“Now it is a question of how we get the regulation right,” Ardnt said. “That goes for taxes, distribution, edibles and labeling.”

Arndt strongly believes that birth control and abortions should be available as options to all women.

Arndt thinks that sexual assault needs to be discussed more on campus, and would like to see more awareness of sexual assault as not just a women’s issue.

Arndt would like to see immigrants have access to education and be able to become become educated part of society.

“These people come here [to the U.S] of no fault of their own at whatever age, and they’re a part of our economy,” Arndt said. “So why not help them become productive citizens?”
Tim Bessler, Republican

Bessler is running on the Republican ticket for Colorado House District 53. Bessler has been a software architect and data analyst for the past 10 years. He is a Colorado State University alumnus, graduating with a degree in business administration in 2006. He wants to put an emphasis on the protection of individual rights as well as focus on ways to compromise on issues across party lines.

Bessler believes that the main issue with higher tuition costs is the lack of funding from the state. He states the sum of the money in the middle layers of the state budget is being spent unnecessarily and wants to see that money put back into education, including K-12.

“I want to make education spending the top priority in the budget,” Bessler said. “I want to see getting people in college, through college.”

Bessler is in support of the legalization of marijuana. His main concern on the issue is driving under the influence of marijuana.

Bessler supports the legality of abortions, though he wants to try to reduce abortions by improving access to birth control.

“I think that abortion is a deep moral issue, and it’s not a choice I feel I should decide for people,” Bessler said. “If we can prevent unplanned pregnancies, then we can reduce the number of abortions.”

One of Bessler’s goals if elected is to provide additional resources to victims of sexual assault. Bessler has been working closely with groups on campus like the Sexual Assault Victim Advocate Center and wants to be able to help them accomplish and obtain what they need to keep advocating for victims and help prevent future sexual assaults.

Bessler supports the implementation of green energy sources in Colorado. He believes that fracking is important for boosting the economy in Colorado, as it produces natural gas, which is cleaner than coal.

Bessler believes that the federal immigration laws are “in serious need of reform.” He believes in a balance between helping our neighboring countries, but not having an unmitigated flow of immigrants into the U.S.

“We want to encourage people to get documented,” Bessler said.

Collegian Reporter Amy Borngrebe can be reached at news@collegian.com or on Twitter @ABornCollegian.
Related articles