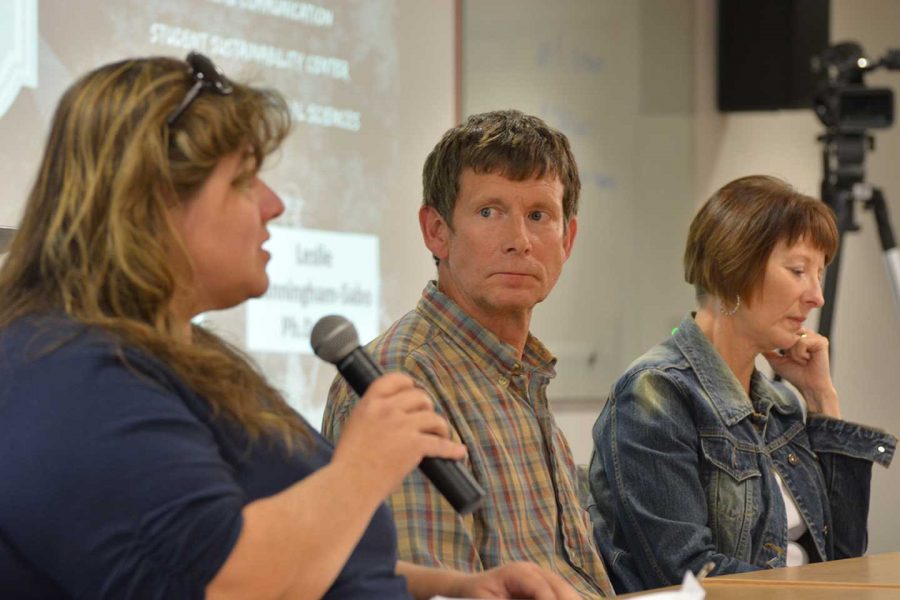 As the food hunger crisis continues to grow, one campaign is going across the nation to talk to students and raise awareness. HungerU dropped by Colorado State to promote the cause.

The panel addressed actions individuals in the Fort Collins community can take to solve a national and world problem.

According to Luke Runyon, reporter for KUNC and mediator for the panel discussion, the United States Department of Agriculture groups citizens based on if they are food-secure or insecure.

The panel stressed the importance of buying and growing locally, as well as cooking healthy food from home.

“When you are food insecure, you will eat just about anything and eat as much as you can,” said Leslie Cunningham-Sabo, an associate professor in food science and human nutrition. “It teaches an unhealthy relationship, so cooking is a way to solve this issue.”

According to Baumgardner, providing ways for people who are food insecure to get a healthy meal and interact with others who are food secure can create avenues that lead to better nutrition and community involvement for all.

Baumgardner said this is one of his goals for the FoCo Cafe.

“I really believe that here, in Fort Collins, in my backyard, I can have a positive impact,” Baumgardner said.

According to McFadden, professor in agricultural and resource economics, solving hunger resides in the community.

“It’s not the government’s role to make sure food issues are addressed,” McFadden said.

According to the panelists, the community can get involved through volunteering at food banks, participating in Cans Around the Oval, and getting involved with Community Supported Agriculture groups (CSAs).

Collegian Campus Beat Reporter Megan Fischer can be reached at news@collegian.com or on Twitter @MegsFischer04.