Skiers gather at Arapahoe Basin for first day of season 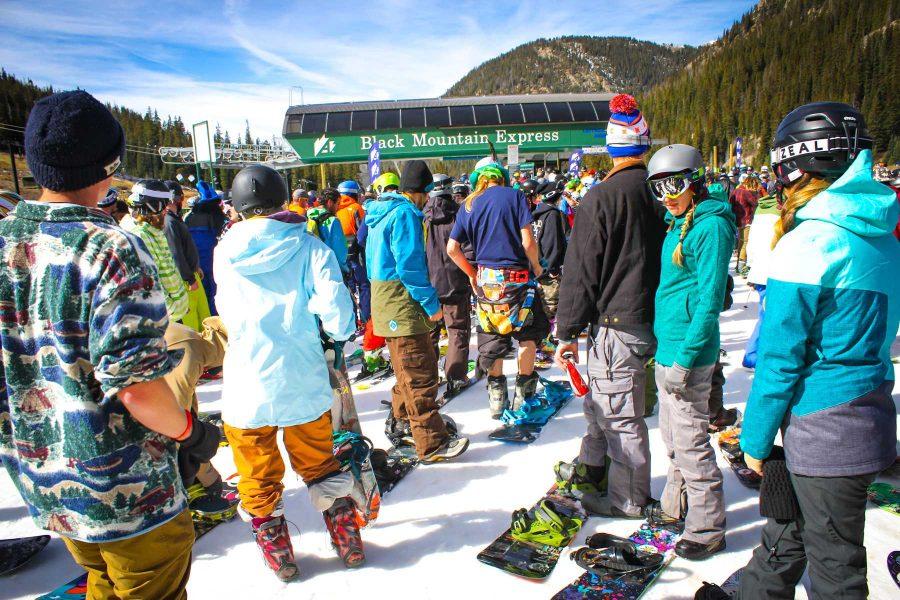 Skiers and Snowboarders gathered at Arapahoe Basin, also known as A-Basin, for the long waited opening day of the season Friday. Despite the pre-season conditions and limited runs, riders remained thankful for the rare opportunity to ride in October.

“It’s pretty awesome to be able to snowboard in October and so many places throughout Colorado,” said resident Bryon Diamond. “Although the snow is awesome, right now it’s all about the people.”

The line for the mountain’s solo-running chairlift, Black Mountain Express, was backed up with skiers and snowboarders. Riders sipped on some beers and played music to make the line more enjoyable.

“Opening day is always my favorite,” said Peggy Hiller, Arapahoe Basin employee. “It’s shared with a fresh start to the new season and filled enthusiasm from all the riders.”

A-Basin is one of the earliest resorts to open for the year, falling behind one of it’s main competitors, Timberline Lodge, in Hood River, Oregon, which is known for being the only resort in North America that keeps enough snow to remain open year-round.

Collegian Reporter Abbie Parr can be reached at news@collegian.com or on Twitter at @AbbsParr.