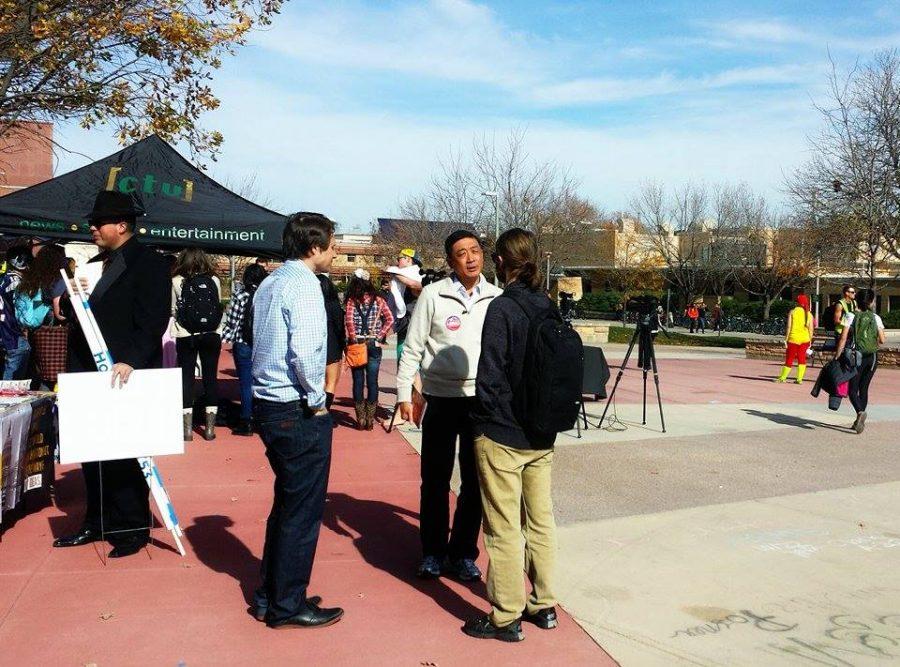 Leing said that it is important to reach out to the CSU population.

“I think it’s important to get out there and see the people,” Leing said. “Instead of just waiting for people to come to you, you need to be putting yourself out there. So many politicians say, ‘Oh, well if you have a problem, you should come to me.’ That’s not good enough. You’ve still got to take that initiative.”

“It’s awesome that he can get out there and share his voice,” Sardi said. “It’s important to talk to students and get to know them. It shows that he actually does care.”

Political science and economics major Terran Hause said he believes that students should respect Leing’s sincerity, despite their political views.

“I think the fact that he talks to students shows that he cares,” Hause said. “Whether you agree with him or not, you should still pay attention to him, talk to him and discuss with him.