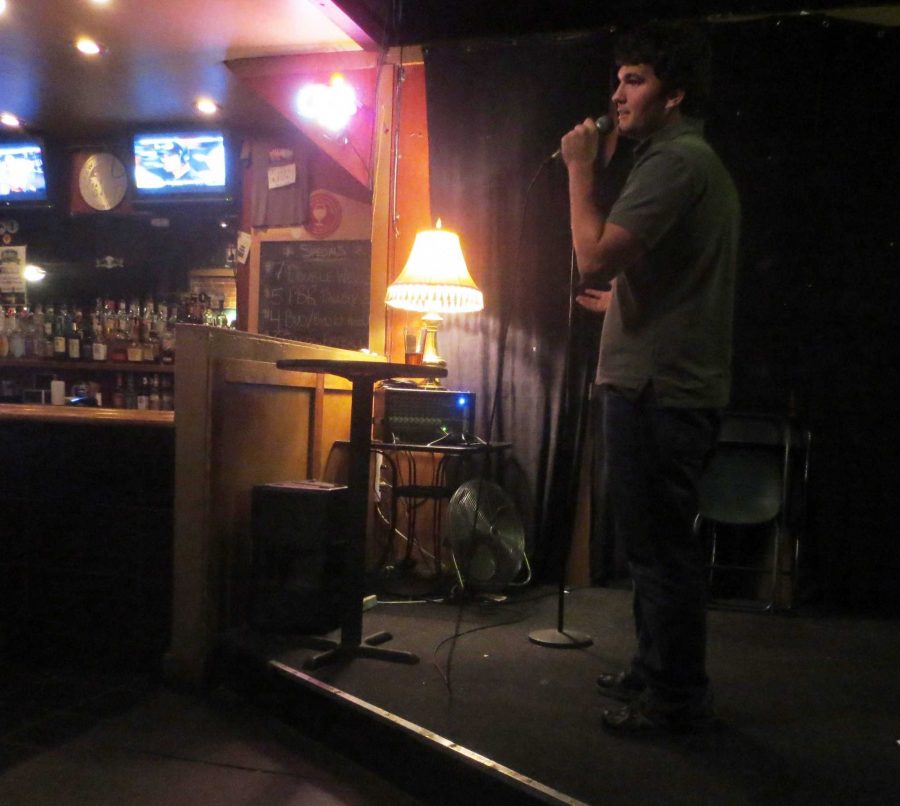 Several times a week, a handful of Fort Collins residents gather at different locations around town to work their craft and make each other laugh.

Novak, known as Captain Jsin on stage, has been performing around the Fort Collins area for five years.

“My first time, I got up and I just rocked it,” Novak said. “It was so much fun; from the first moment on it’s been an amazing experience that I would not change a thing about.”

Every Monday, Hodi’s Half Note in Old Town hosts a free stand-up show for those 21 and older, from 7 p.m. to 9:30 p.m. On Wednesdays, Yum-Yum’s holds a stand up competition, beginning at 9 p.m. This month’s finals take place Oct. 29.

“I need a morale boost every week,” Allen joked. “Something to cheer me up.”

Flint writes and performs poems around town at various poetry events and open mics, and has long been a supporter of the local comedy scene.

“You have a lot of variance of course, I’ve seen some people here where this is obviously not going to be their career,” Allen said. “But I’m surprised by how many fine comics we have.”

With humorous haikus and jokes about his appearance, Novak controlled the crowd the night of Oct. 8 at Yum-Yum’s.

“When you have a room full of people that are just eagerly awaiting to hear what you have to say about any subject of your choosing, it’s a pretty amazing and addictive feeling,” Novak said.

Aspiring comedians frequently ask Novak for advice when they first consider performing, and he always says the same thing: “Get yourself together and get ready what you think you’re going to say – you’re up fourth, come and do it.”

Roberts says he plans on trying out stand-up in the future, but not yet.

“I think it’d be cool to try,” Roberts said. “But I’m nervous so it might take a while.”

Allen does not see himself performing comedy any time in the near future either.

“It’s tough enough to get up and do poetry,” Allen said. “Comedy is that much harder. But when it works, there’s nothing like it.”

Later this month, on Oct. 26, the Lincoln Center will be hosting comedian Nick Swardson, tickets are on sale for $39.50. Two weeks later, on Nov. 9, Lewis Black will also be performing, and tickets are $25 with a student ID.

Collegian Reporter Erick Plattner can be reached at news@collegian.com or on Twitter @ErickPlattner.
Related articles

Fort Collins residents can now get alcohol delivered for free