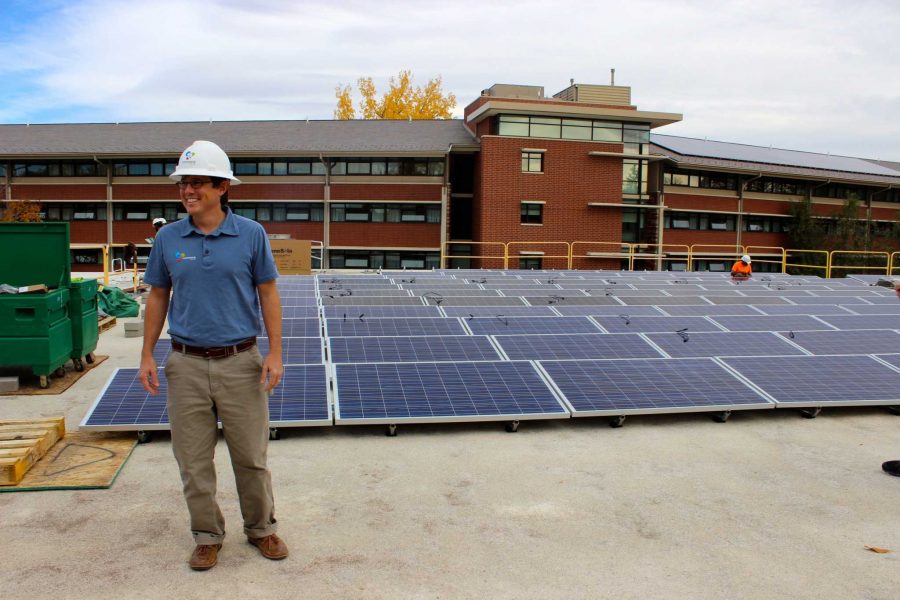 The project, led by the City of Fort Collins and Namaste Solar, aims towards increasing Colorado State University’s production of sustainable power.

ReneSola is installing the panels, while CSU is leasing their rooftops to third party operators in order to generate power for the Fort Collins Utilities electric grid. At the end of the 20-year lease, the University will inherit those panels and use the energy on campus, according to Carol Dollard, energy engineer for CSU.

The 100-kilowatt array of solar panels is capable of producing enough to power 180 homes per year.

This is the first time CSU has worked with Namaste Solar, which will be involved with all of the upcoming projects on campus. Throughout the winter and spring months, installations will take place on the Student Recreation Center, the Veterinary Teaching Hospital, Parmelee and Edwards residence halls and the University Center for the Arts.

This project is part of the Solar Power Purchase Program, which works to help meet the state renewable energy guidelines of Amendment 37, according to Norm Weaver, senior energy services engineer for the City of Fort Collins. He said that by 2015, 6 percent of retail energy should come from sustainable sources and 10 percent by 2020. “I think the City of Fort collins hopes to meet and exceed that,” Weaver said.

“The roofs won’t be touched for the period of the 20-year lease,” said Nick Williamson, commercial project manager for Namaste Solar.”It takes about one week to install a set of solar panels.”

Fourteen other businesses purchase power from CSU, according to Williamson. CSU has received a Gold rating and is ranked the number one sustainability institution according to the Sustainability Tracking, Assessment and Rating System program (STARS).

More than 75 percent of CSU’s departments are involved in sustainability efforts and CSU has one of the largest solar arrays on any college campus. The remaining solar panels will help CSU in early November when being assessed for the new STARS 2.0 rating system.

“It is a great visual reminder for the University,” Dollard said.

Collegian Assistant Editor Christina Vessa can be reached at news@collegian.com or on Twitter @chrissyvessa.
Related articles