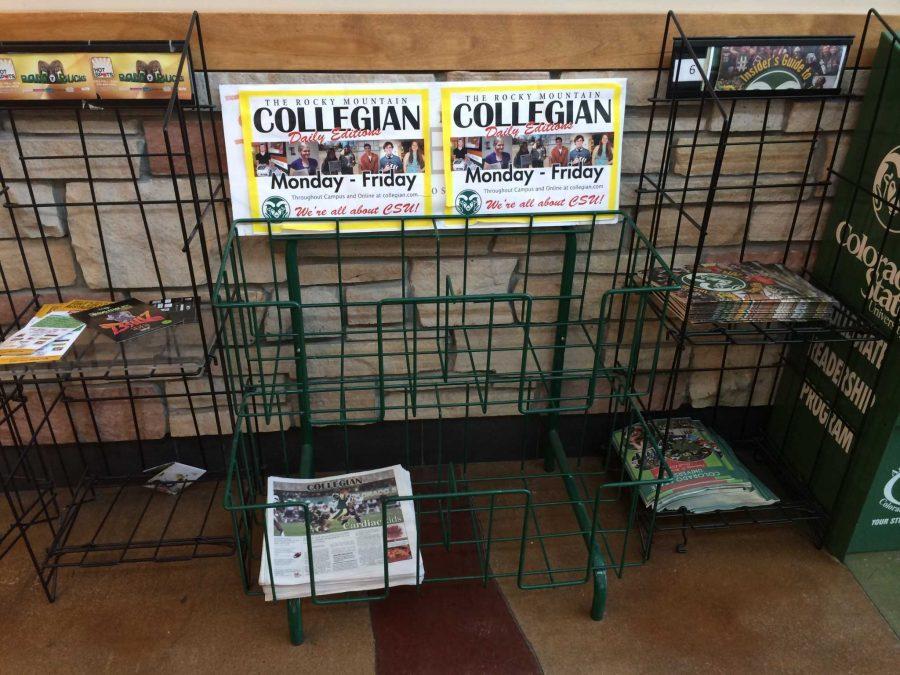 Collegian newspapers were removed from the North end of the LSC by the Larimer County Clerk, citing electioneering.

After receiving a cease and desist letter from a lawyer representing Rocky Mountain Student Media, the Larimer County Clerk reversed her decision to remove Collegian newspapers from the Lory Student Center and changed her stance on electioneering law.

Collegian newspapers were removed from an area of the LSC Tuesday because Larimer County Clerk and Recorder Angela Myers said a front page picture of Senator Mark Udall was a violation of electioneering laws. Others say the removal was a violation of student media’s 1st amendment rights.

Electioneering is when campaigning for, or against, a candidate occurs too close to a polling place.

Myers later reversed her decision, and Collegian newspapers were returned to stands.

“After consulting with my counsel and Security of State, they did not disagree with the position I took and they both agreed the statue was unclear,” Myers said. “At this point, since it is not clear, I modified my position.”

Spokesperson for Udall For Colorado Kristin Lynch said the Udall campaign group is happy with the decision to return Collegian newspapers back to stands.

“We obviously think free speech is important,” Lynch said. “We are glad the situation got resolved in the appropriate way.”

U.S. Rep. Cory Gardner said he was not familiar with the incident and did not speak on whether or not it was fair for Collegian newspapers with Senator Udall on the cover to be removed.

The incident gained local and international attention from outlets like Denver Post, 9News and Huffington Post.
Larimer Cty Clerk, reminded by an attorney that this is still America, returns newspapers to racks at polling place. http://t.co/yita5EGckB

Chuck Plunkett, Politics Editor at the Denver Post said the removal of the newspapers was wrong.

“I thought it was ridiculous.” Plunkett said. “Sure the Collegian had Udall on the cover, but so does the Denver Post when there is newsworthy event, so does the New York Times. The story was not promoting and it’s not electioneering to capture an elected official doing something newsworthy.”

Plunkett has been a professional journalist for more than 15 years, according to the Denver Post website. He said news outlets strive for objectivity, and the Collegian article was no exception.

“It’s too much of a stretch to think that a newspaper will have an undue influence on voters,” Plunkett said.  “It’s not an overt political influence. It’s written by journalists trained at the practice of presenting objective news.”

He said despite the objective nature of newspapers, some people still try to stop news from being published, and it is the journalists job to fight back.

“It does not matter if you are a high school, college or international paper, when you’re engaged in the news there will be people in power who will lash out at you and prevent you from writing a story,” Plunkett said.