Congressman Jared Polis and George Leing to debate at CSU 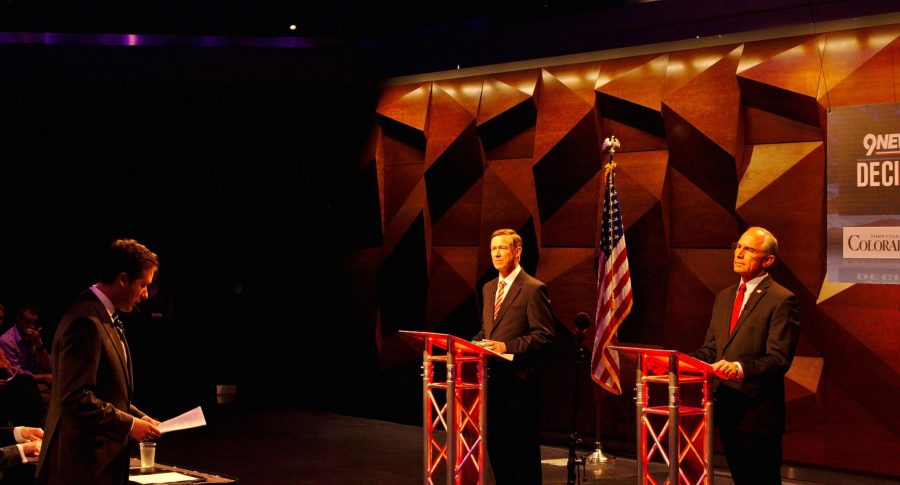 Hosted by the College Republicans at CSU and the CSU Democrats, the debate will take place in Clark A207 at 7 p.m.

Rep. Polis (D) and Leing (R) will be available to meet students prior to the event at 6 p.m. The debate is free and open to the public.

Rep. Polis was first elected as a member of the House of Representatives in 2008.  He serves on the Committee on Rules, the Committee on the Education and the Workforce, and the House Democratic Steering and Policy Committee. Prior to participating in Congress, Polis served as Chairman and Vice-Chairman for the Colorado State Board of Education.

In addition to working as a businessman and corporate lawyer for thirty years, Leing served as the Chairman of the Republican Party in Boulder County. He was elected by Republican Chairs to serve on the Executive Committee of the State Party and was selected by Secretary of State Scott Gessler to serve on the Advisory Committee on a Uniform Voting System.

Colorado Gubernatorial debate to be held at Colorado State Thursday