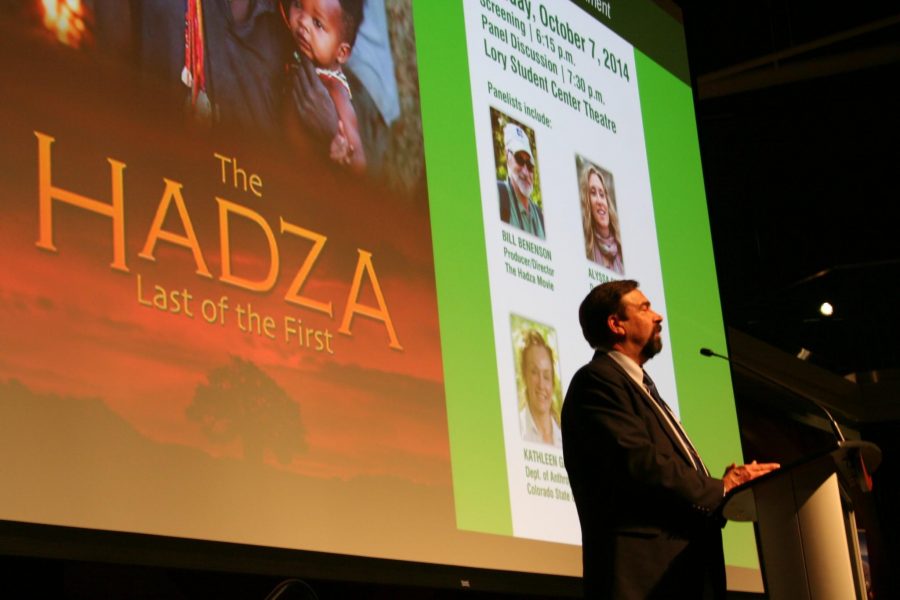 The colloquium had 11 panel sessions covering topics such as climate change, the sustainable future of water, changes in the arctic climate, economic insights on climate policy, overpopulation and how to foster a healthy, thriving community.

CSU philosophy professor Philip Cafaro was one of many University professors to host a workshop and discussion during the colloquium. He shared insight regarding increasing population on the planet as well as the subject of sustainability in general.

“We don’t know what we have until it’s gone,” Cafaro said, “especially when you start talking about living in Colorado. We can experience nature, have a little space and explore. If we care about these things we have to protect them.”

Like many of the other sessions, Cafaro was able to generate audience discussion about the future of the planet, and those who attended were eager to participate. The colloquium attracted students, faculty and  members of the Fort Collins community. CSU junior and environmental sociology major Malia Knapp-Rossi saw great value in the interactive nature of the event.

“I think it allows people to connect to each other on this subject, and to share ideas,” Knapp-Rossie said. “Things are happening; there is movement here and we have the opportunity to be a part of it.”

The International Colloquium allowed different colleges on campus to merge their perspectives on global and domestic sustainability. Attendees were able to think about the sustainability through several different scopes, including how economics is connected to the environment.

“[The Colloquium] does an excellent job of bringing people together from multiple disciplines to expose them to perspectives they wouldn’t normally consider,” said Christina Branson, immigration specialist for the University’s International Student and Scholar Services.

University President Tony Frank attended the closing event of the second day of the colloquium, which was the first-ever academic screening of a film titled “The Hazda: Last of the First” in the Lory Student Center Theater. Before the film played for an audience that was filled to capacity, he noted one of the main reasons for hosting “Visions of Future Earth”.

“Of the challenges that the next generation will face, none are more compelling than the sustainability of our environment,” Frank said. “It is for that reason that the School of Global Environmental Sustainability was founded, and we are pleased that they are able to highlight this issue through the International Colloquium.”

Collegian Reporter Haleigh McGill can be reached at news@collegian.com or on Twitter @HaleighMcGill.
Related articles