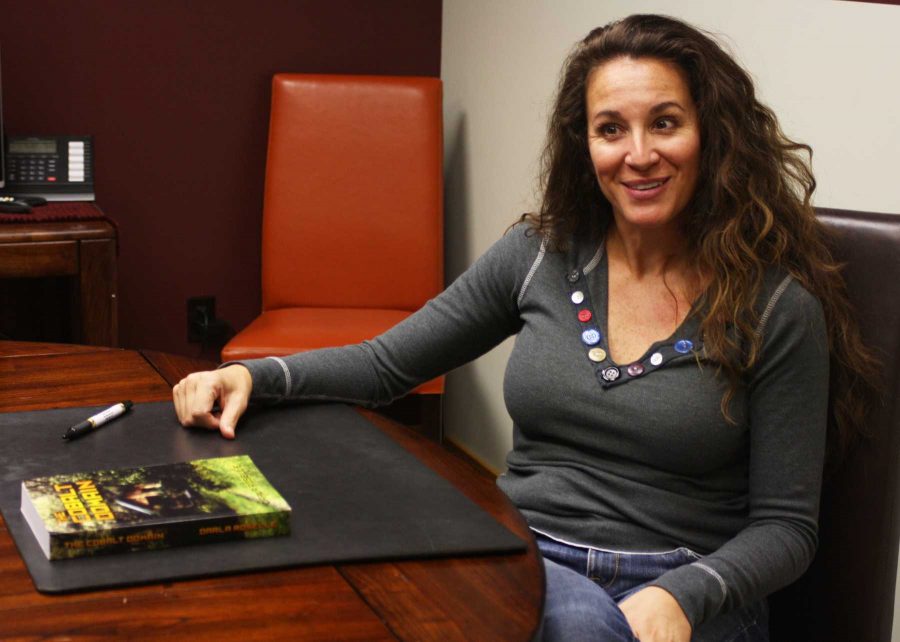 Darla Roselle, a Colorado State University journalism graduate and emerging author, published her book “The Cobalt Domain“ on Sept. 19 as the first installment in a young adult fantasy trilogy.

“The Cobalt Domain” focuses on protagonist Cassandra “Casey” Campbell, who stumbles into another dimension called The Cobalt Domain, “a place in which no one intends to end up and few ever escape,” reads the book’s back cover.

Roselle’s friend Shannon Moore contributed to the writing process, reading each draft of the manuscript and offering her feedback.

“As I started reading even the first version of the first book, I really started to identify with the character,” Moore said. “I found I really enjoyed her (writing) – she’s very vivid in her descriptions of the places and domain that she’s visiting.”

Roselle sat down with the Collegian for an interview about “The Cobalt Domain.”

What could the protagonist, Casey, mean to readers?

Her character, I think, can empower many young women to be all that they can be. She doesn’t even realize her ability to survive and her willingness to sacrifice until she’s put in places and predicaments that causes her to make a decision whether she’s more important or the person she’s with.

How did this idea evolve from a bedtime story for your son Max?

He was tired of me reading his bedtime books, so he said, “Could you just make up a story?” So I started making up this story about this girl who got in the woods.

As I wrote down what I had told Max already, I realized there was so much more in my imagination than I ever knew existed. So I just kept writing.

I started Mother’s Day of 2013 and I finished just before my birthday, which is in August, in 2014. And I wrote all three books, just kept going.

I saw on Amazon that this was self-published through CreateSpace. Could you tell me about that service?

CreateSpace is great and I’m a huge proponent for anyone who doesn’t have a publisher to use them. It’s like a smorgasbord of choices that you can make and you can pick and choose like a buffet.

How is “The Cobalt Domain” similar to other young adult adventure series “Divergent” and “The Hunger Games”?

Similar to “The Hunger Games” and “Divergent,” the main character is a strong female.

I think a lot of women can identify, or at least want to identify, that they themselves could be that way. And then of course there’s love, but a lot of action.

(There is) decision-making that maybe you wouldn’t make, or you think, ‘Oh, why did they do that?’ but it’s what keeps the story going.

What do you hope readers get out of your book?

I want readers to get lost in this world that actually could be.

The deeper sociological premise behind this book is that we are all interdependent on each other, and so if you only thought about what you could do for other people, then you would have more done for you than you ever have before.

“The Cobalt Domain” can be purchased on Amazon and wherever books are sold for $19.14 in paperback or $4.99 for the Kindle version. The second installment, “The Cobalt Mine,” is due out in early 2015.

Collegian Reporter Nicholas LeVack is available at news@colostate.edu and on Twitter @NicholasLeVack.