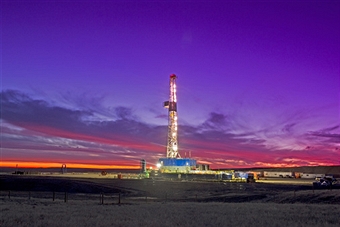 The issue of hydraulic fracturing continues to cause legal tension between Fort Collins, the state of Colorado and the Colorado Oil and Gas Association.

In November, Fort Collins residents voted to ban fracking for five years until further research could be done on the practice. This temporary ban was overturned after Colorado Oil and Gas Association filed a lawsuit against Fort Collins.

However, at the last Fort Collins City Council meeting, five of the six city council members voted to appeal the decision that came from the COGA lawsuit.

Carrie Daggett, the Fort Collins interm city attorney, is representing the city in the appeal process. Daggett said the appeal will not necessarily lead to a full ban on fracking, but the city is filing for a motion of stay which would maintain the ban for now.

“It’s pretty hard to anticipate what a win would look like at this point,” Daggett said. “We are very much on the front end of this process right now.”

Wade Troxell, a city council member and the dissenting vote on the appeal, said his “no” vote is in the best interest of the city.

“I think the way fracking is framed is totally wrong,” Troxell said. “If you want to unplug your computer and you don’t want to heat your house, that’s your prerogative. Energy is critical for today and the future.”

Troxell said this appeal is trying to make a statement and is not grounded by fact.

“I think opponents have made it an emotional argument instead of a fact-based argument,” Troxell said. “I would challenge each individual to look more critically and insightfully into the operation.”

CSU Civil and Environmental Engineering Professor Ken Carlson, who is involved in the program, says there is no evidence that ground water is being contaminated by fracking.

He also said the amount of fracking happening in Fort Collins is minimal compared to other areas because the town density and geography do not allow for it.

“At last count there are six to eight total oil and gas wells in Fort Collins versus 20,000 wells in Weld County,” Carlson said. “If there is a concern, it’s in areas where there is intensive fracking going on like Greeley and Weld county, not Fort Collins … I don’t think risks are very high because the activity is so low here.”

Carlson said there are risks associated with every industry and fracking is no exception, but the little amount of fracking that is happening in Fort Collins is not worth worrying about.

“A five-year, 10-year or 15-year ban would give us more information and better understanding of the risk, but proponents of oil and gas would say we have enough information to judge the risk right now,” Carlson said.

Daggett said the appeal deadline is Nov. 5, but she and her team plan to file the appeal soon. Once filed, the Court of Appeals will either decide to uphold the District Court decision to allow fracking in Fort Collins, or alter fracking regulations as a result of the appeal which could lead to a ban.

Collegian City Beat Reporter Danny Bishop can be reached at news@collegian.com or on Twitter @DannyDBishop