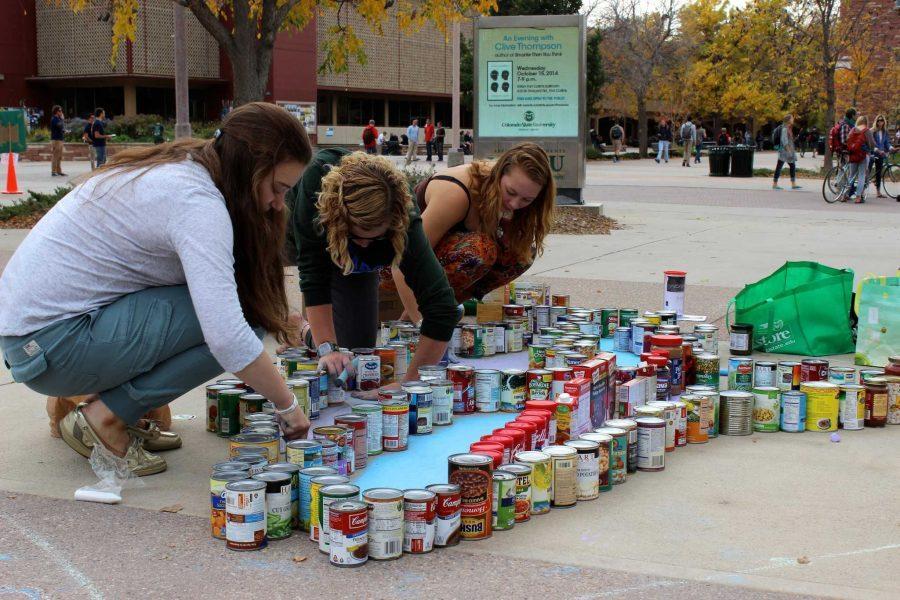 CANstruction, a competition promoting SLiCE’s Cans Around the Oval event, took place on the plaza Wednesday.

Groups designed and built structures out of the cans they collected, benefiting the Food Bank for Larimer County. Groups ranging from middle schoolers to the service fraternity partook in the competition.

Johanna Sweet, a sophomore biochemistry major, was a part of the Hillel, one of the Jewish organization on campus, and the Alpha Epsilon Pi group. According to Sweet, they received their cans by asking for donations at events put on by Hillel the past week.

“As a service frat we have a lot of interaction with hunger organizations and issues in Fort Collins and Larimer County,” said Shelby Thomas, a member of Alpha Phi Omega. “We know the impact this has on the community.”

As part of Cans Around the Oval, the CANstruction proceeds will aid in the effort to end hunger in Larimer County, as well as bring awareness to the issue.

“The food goes to families in need, local residents who utilize the food banks, and other organizations who connect food to people in need,” said Jenn Rieskamp, the program coordinator for SLiCe.

Collegian Reporter Zara DeGroot can be reached at news@collegian.com or on Twitter @Zaradegroot.