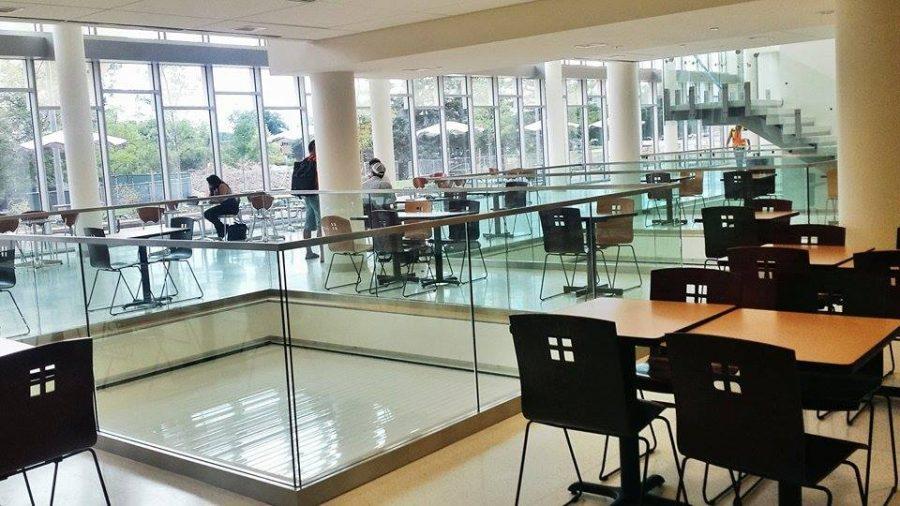 The Lory Student Center is partially open with a ready food court. However, Director of Marketing Doni Luckutt said that students can expect art on the walls, student lounges and the largest ballrooms in Northern Colorado.

As students roll into the newly opened Lory Student Center food court, the on-campus food trucks must rumble away.

The food court, which opened Monday, garnered mixed reviews from students. Thus far, Taco Bell, Spoons and Carl’s Jr. are among the returning establishments, and several stalls have yet to be filled.

Alex Grasso, a junior studying construction management and business, was part of the team updating the LSC over the summer. While he believes that LSC construction delays could have been prevented by the management, he views the opening of the food court as an impressive feat.

“After working on it, from what I can see, I’m surprised they could get this much open,” Grasso said.

Senior and mechanical engineering major RJ Miller liked the open and clean feeling of the building, but pointed out the lack of art on the walls.

“It’s kind of depressing,” Miller said. “I honestly feel like I’m in an airport.”

Emily Comler, a junior studying sports medicine, never felt that the previous LSC food court needed renovation. However, after seeing the changes, she appreciates them.

“It was all we had and it was so exciting  for us, because we were freshman at the time,” Comler said. “But now, looking back, we see how outdated it was.”

Though the LSC is accommodating for students, Comler said that there needs to be other food options for off-campus students beyond the new food court. She said she was disappointed that food trucks will leave campus after this week.

Sarah Ladley, who runs the food truck Ba-nom-a-nom, will be leaving with fellow food truck owners at the end of the week. Though she was disappointed about the change, she acknowledged that this was part of her original contract with CSU.

Senior economics major, Aiden Duck, did not share her positive attitude regarding the change.

“I don’t like the way the LSC has gone about things,” Duck said. “First, they just kind of closed it up out of nowhere. Then, the food trucks came, which was great, but now I think they should still be a part of campus. The LSC shouldn’t change anything.”

Collegian Reporter Hannah Ditzenberger can be reached at news@collegian.com and on Twitter @hannahditzy.
Related articles