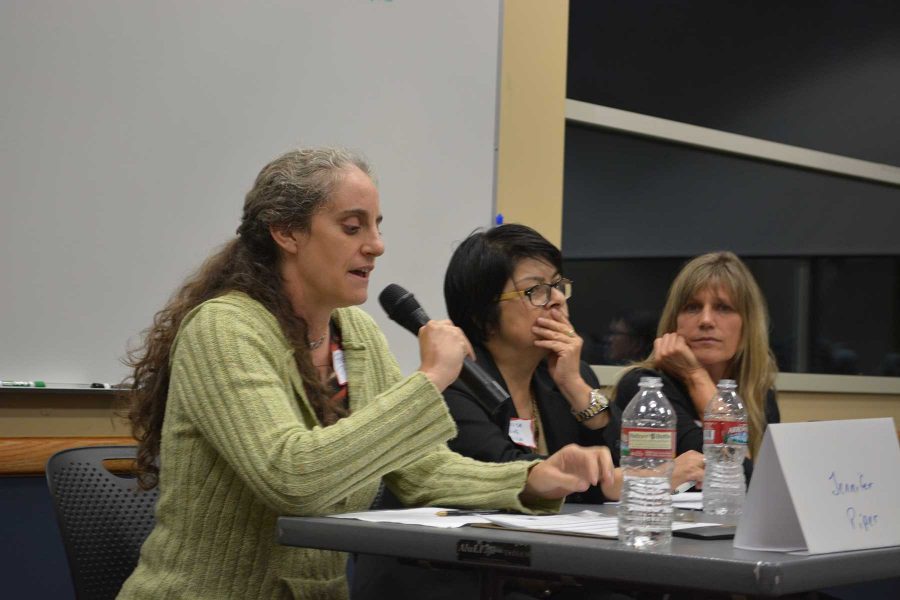 The League of Women Voters of Larimer County held a panel on immigration rights and issues Monday.

Questions concerning undocumented immigrant issues and deportation policies were raised. Audience members asked about how immigrants achieve resident status and who can apply for documents to live in the U.S. legally; women and children were among the main groups addressed.

According to Piper, the U.S. Immigration and Customs Enforcement deports approximately 11,000 immigrants each day. Visas to enter the U.S. are limited, and the immigrants trying to come into the country outnumber the amount of visas available.

When people are arrested, the fingerprints that are taken can lead to longer times in prison if ICE issues a detainer against undocumented immigrants, according to Maes.

“It violates trust; no one is going to report a crime if they think they are going to be caught as an illegal immigrant,” Maes said.

The goal of the night’s talk was to educate those who attended on immigration rights issues, according to Linda Mahan, a member in the League of Women Voters.

“We’re encouraging the active involvement of our citizens,” Mahan said.

The panelists addressed border security, specifically referring to the border patrol between the U.S. and Mexico.

“No matter how high the wall is, someone’s going to have a higher ladder,” Baker-Medina said.

Collegian Reporter Megan Fischer can be reached at news@collegian.com or on Twitter at @MegFischer04