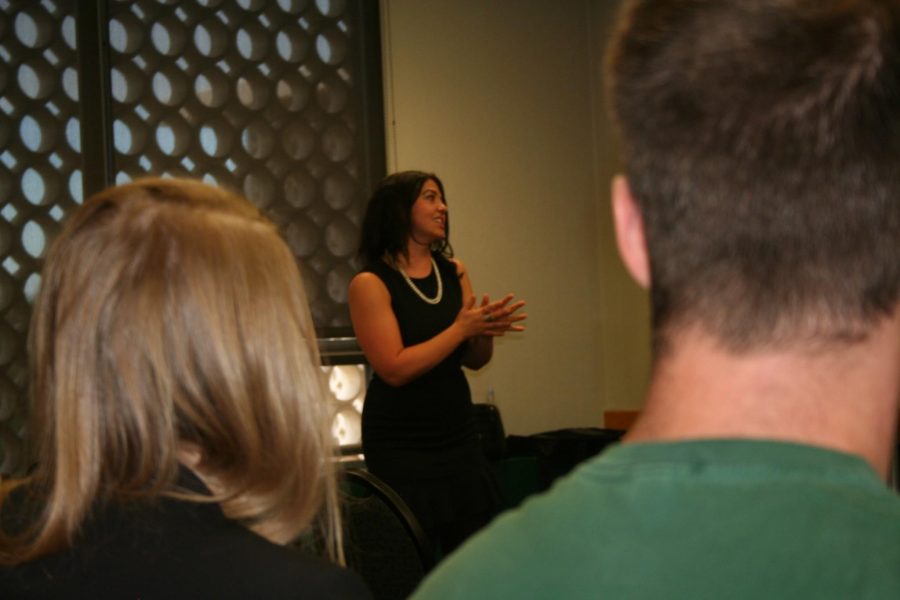 When Ave became a teenager, she was sold by her aunt from El Salvador to a brothel in Oaxaca, Mexico. There, she was locked in a room, catering to customers.

One lucky night, she escaped through a window and made her way to the US border, where she sought asylum as an unaccompanied child.

Emily Bartholomew, a human rights lawyer in Southern Texas, works with youth like Ave, who come to her for help gaining legal status in the United States.

On Sept. 19, Bartholomew spoke to students and faculty at Colorado State University about her experiences with unaccompanied children who migrate to the United States without guardians. Bartholomew changed the names and details in her stories to protect the identities of the children.

Bartholomew stressed the importance of humanizing the topic of immigration, especially in the context of children.

“When people say, ‘how could you do this?’ it’s extremely patronizing, because they [the immigrants] know all of the challenges,” Bartholomew said. “Coming to the US is just the lesser of two evils.”

Many children, Bartholomew claimed, are eligible for legal relief in the US if they are escaping violence in their home country. The majority of unaccompanied children come from El Salvador, Honduras and Guatemala, which are in the top five countries for homicide.

“Many qualify for legal relief and, in fact, it’s illegal to exclude them,” Bartholomew said.

Bartholomew also discussed how children from Central America are less likely to be deported than Mexican children. John Williams, a junior studying history, believed that this was due to US-Mexico border relations.

“I didn’t know the extent of the difference between the kids from Central American countries and from Mexico,” Williams said. “I had no idea that there was any significant difference between them. It was interesting to find that out and see all the sorts of political implications that go along with that.”

David Council, a senior studying computer science, thought the discussion provided a unique angle to the topic of immigration.

“Like with any immigration issue, it’s just super overwhelming,” Council said. “There are a lot of facets, so it was interesting to hear from the perspective of somebody who’s involved with it – just what actually goes on the ground with it in the court and even with the border patrol.”

Though the number of unaccompanied children has doubled since 2011, Bartholomew encouraged the audience to focus on the children’s vitality.

“These children represent the most vulnerable of the most vulnerable,” Bartholomew said. “However, at the same time, there’s a dichotomous interaction with their strength and resilience … The fact that they find themselves alive and well away from their country of origin is in itself a real victory.”

Collegian Reporter Hannah Ditzenberger can be reached at news@collegian.com or on Twitter @hannahditzy.
Related articles