Colorado State professors react to being moved from Eddy Hall 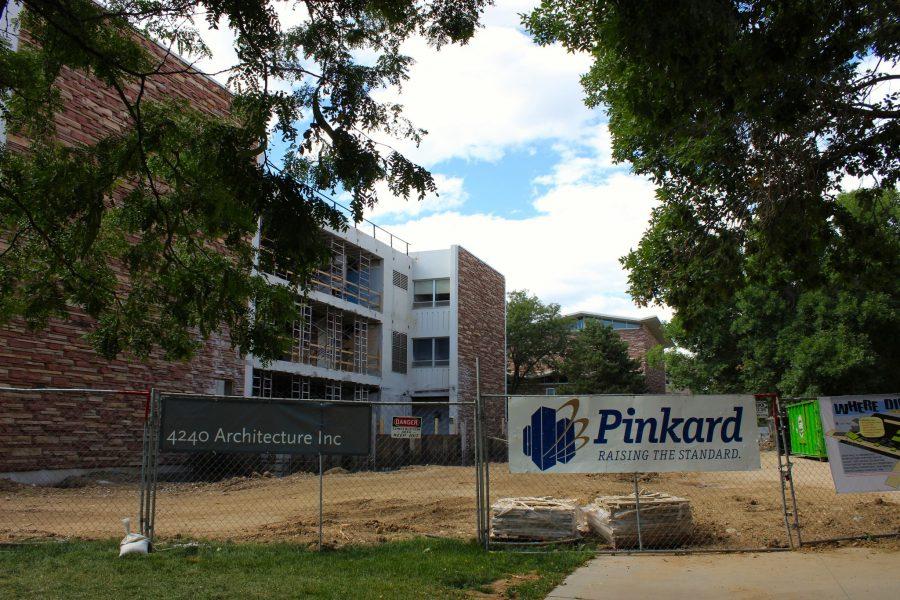 A look at the construction of Eddy Hall from the southeast corner of the building.

Colorado State University English and philosophy professors are reliving their freshman experience at a new home in Ingersoll Residence Hall after an unexpected move from Eddy Hall late this summer.

When construction on Eddy Hall began in the summer, some professors planned to remain in the north half of the building during the fall semester while it was being remodeled, but were informed in mid-July to move to Ingersoll.

Concerns from faculty about noise prompted the move, according to Eddy Hall Project Manager Tony Flores.

Flores said that moving professors out of Eddy Hall has sped up the construction timeline.

“Now that we have the whole building, we are staffing it up properly to complete it sooner,” Flores said.

The completion date has been moved up from the original goal of August 2015 to April or May 2015.

“Faculty who remained in Eddy were informed of the need to vacate the building on July 10 and were generously offered the use of a moving service that would pack and move our offices by the Aug. 4 deadline,” said Assistant English Professor Zach Hutchins.

English professor Leslee Becker joked that she experienced classical stages of grief upon saying goodbye to Eddy Hall, but the move was necessary.

“I had been in Eddy during construction, and can assure you that it was folly to believe classes could have been held there, considering the danger and unrelenting noise,” Becker said.

Ingersoll is located on the west side of campus near Shields Street. Because of the distance of Ingersoll Hall from the academic buildings, some professors are holding office hours in unorthodox places.

“Many of my colleagues are holding office hours in BSB lounges and rooms,” Becker said. “My department chair, Louann Reid, even gave us pedometers to chart our long treks across campus.”

Bernard Rollin, a University distinguished professor in philosophy, has also made concessions to accommodate students. He was able to get an office in the Administrative Building, not far from Johnson Hall, which is where he teaches.

“One of the reasons we do what we do is because we like students,” Rollin said. “It’s not fair to have them drag their butts a mile to Ingersoll.”

Rollin said he did not agree with the way the move was handled.

“They told us earlier this year that we didn’t have to move until December,” Rollin said. “Suddenly, they told us we had to pack up our things and move. I don’t like the high handed way they told us to move … I’m hired to teach, not do manual labor.”

Hutchins said he offers scheduled appointments with students in the BSB lounge if they do not feel like walking to Ingersoll, but also holds scheduled office hours in Ingersoll to provide a quiet, less crowded meeting.

“While I’m sad about the need to leave a space that is familiar and convenient to students, I’m already excited to return to a new and improved Eddy,” Hutchins said. “I know that the renovated building will provide an atmosphere more conducive to the demands of teaching and learning in the 21 century.”

Collegian Reporter Danny Bishop can be reached at news@collegian.com or on Twitter @DannyDBishop.