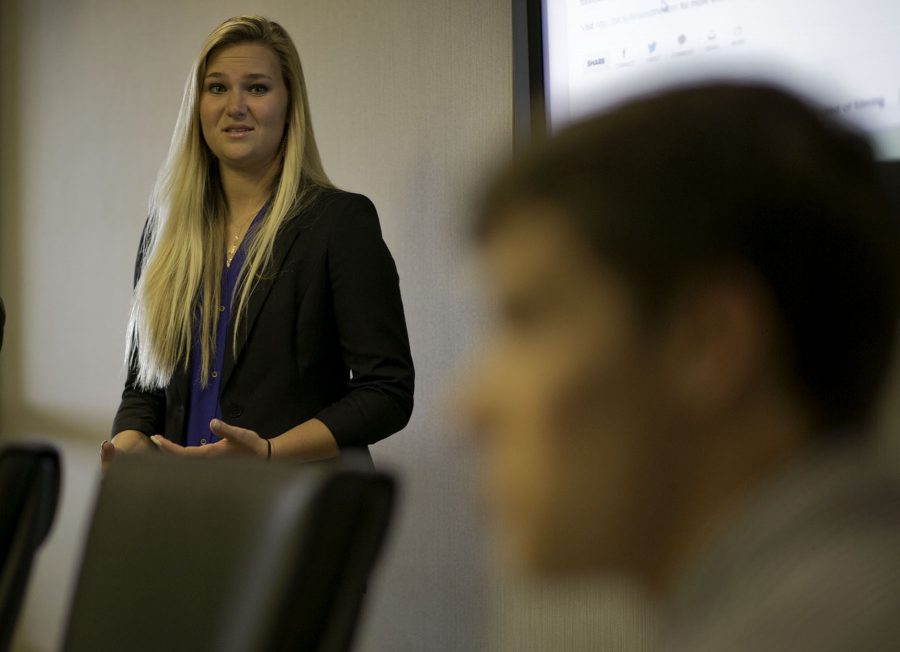 The Associated Students of Colorado State University President Sam Guinn sat down with the Collegian to answer some questions and to introduce new students to the Ram family.

LL: What has ASCSU done this summer?

Guinn: We’ve been working on a few different things we’ve had on our platform. So one of the big ones that we were trying to target were students with low income and/or need based. Originally we had the idea of a food pantry, but with a lot of research and different strategies, we’ve done surveys and seen what the students and the faculty really want and need. It doesn’t seem like they would use a food pantry because of the lack of dignity associated to it. It’s more of a poor person thing versus something that’s helping you. So we are working with SLiCE right now to try to come up with a way to get funding to do free and/or reduced meal swipes for those who qualify and are food insecure on our campus. It’s more sustainable, it doesn’t cost very much at all. It keeps the food on campus and it keeps it local as well as paying student employees and other employees on campus. And, it identifies different needs such as gluten-free or vegan, which a food pantry wouldn’t necessarily identify … It hits more needs than one type of food insecurity.

We were the ones that negotiated with ACNF and UTFAB to provide students the free Microsoft Office. We provide a significant dollar amount as well as UTFAB did too and ACNF. So it was those three entities that were able to provide that service … That’s one of those services that cost a lot, but at the same time it is a service that every single student can use versus one type of program that will only benefit a certain type of student. This is something that everyone is able to use. I think it’s a great program.

LL: Is it the latest version of Microsoft Office?

Guinn: Yup, and it’s also for not only upgrades but also for installations too and it’s up to five devices.

LL: What can new students and returning students expect this fall from ASCSU?

Guinn: Much more visibility. That is something that we have been already setting up different times to be in on the Plaza, we’ve been working with Mike Ellis in the LSC to see where everything is going be. We’re in the planning stages right now.

We also want to make sure students are happy with the Transfort Service that they’re using and if they’re unhappy and have other places that they need to go. That’s something that we can look at and just kind of pass that on to next years administration because they’re the ones that’ll read over the contract, to see what students need and where they’re going and that’s a big one we’re looking at.

We’re working with Alternative Transportation a lot this year: new bike routes and fixtures to existing bike routes as well as the city and the bike share program. So we’re looking at a whole bunch of different ideas with biking, specifically on how we can make our campus a little bit safer.

LL: I know wifi on campus is always an issue, have you taken any steps towards that?

Guinn: That was actually the technology fee this year. So their $5 fee increase was to completely upgrade the entire University campus wifi. So it’s a $5 flat rate versus the facility fee, which is per credit. So the system itself ended up costing, I want to say, over $300,000 to fix and so that’s where that $5 comes from. It upgrades everything and upgrades the entire system so that wifi will be much better this coming fall.

LL: Lastly, is there anything you want to say to new students and transfers?

Guinn: The best thing I can say is welcome to the club. It’s the biggest and the best club that you’ll be a part of and the Ram family looks out for each other as best as we can and we’re just encourage people to do just that and make sure you’re taking care of your fellow Rams and enjoy the ride.

Pick up the CSU Move-In Guide on stands now!