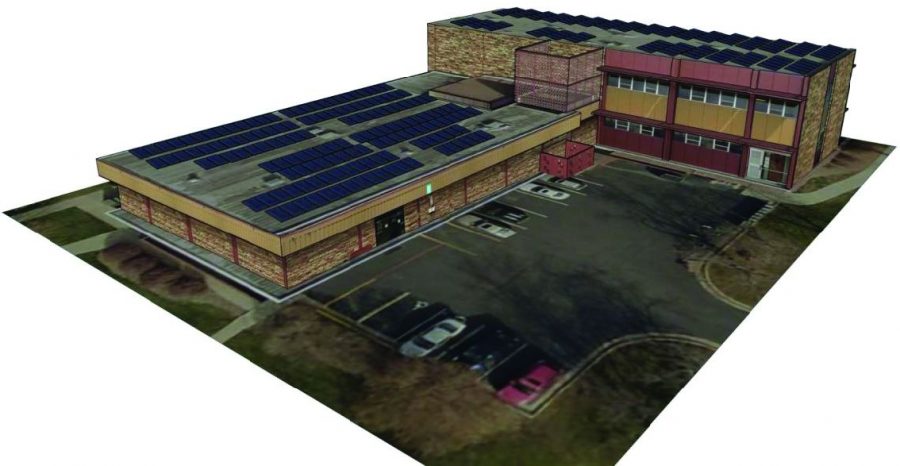 The team retrofitted the Hartshorn Medical Center with solar panels as part of their proposal.

Colorado State University’s students are in first place out of 15 teams competing in the 2014 Green Energy Challenge, after proposing a plan that would decrease energy consumption in Hartshorn Medical Center by up to 60 percent.

CSU’s National Electrical Contracting Association chapter was confident going into the first round of the competition, beating out other “heavy hitters” such as Purdue University, Ball State and San Diego State, according to Daniel Proud, president of the chapter and team captain of the project.

“After the April 30th presentation to the University, a lot of the big industry guys were contacting us saying we did a good job with this,” Proud said. “I think that’s when we realized we were doing pretty good.”

They are again confident going into the final round, competing against second place Iowa State and third place San Diego State.

In just three months’ time, the team accepted the Green Energy Challenge and developed a proposal that would significantly decrease energy consumption in Hartshorn through suggested lighting renovation, solar panel installation and the implementation of an online energy monitoring system that would cost, in total, about $500,000.

The team, after receiving their evaluations from the first round, will work on the parts of the proposal that they did not score as well on before the second and final round on September 27 in Chicago in which they hope to keep their first place position.

“Some of the stuff that we needed help on in the reviews, we’re actually going to attack that and present that in a better form,” Proud said.

According to the team’s official evaluation, they received a 661.69 out of a possible 700 points, excelling in the lighting retrofits and scoring lower on the solar cost estimates they presented.

The team has talked with the Hartshorn advisory board to discuss implementation of pieces of this proposal, saying it was an eye opener for them, but no decisions have been made. Carol Dollard, lead energy engineer for the University, said the team’s ideas are “quite viable and a good option.”