Colorado State gets ready for a new Eddy 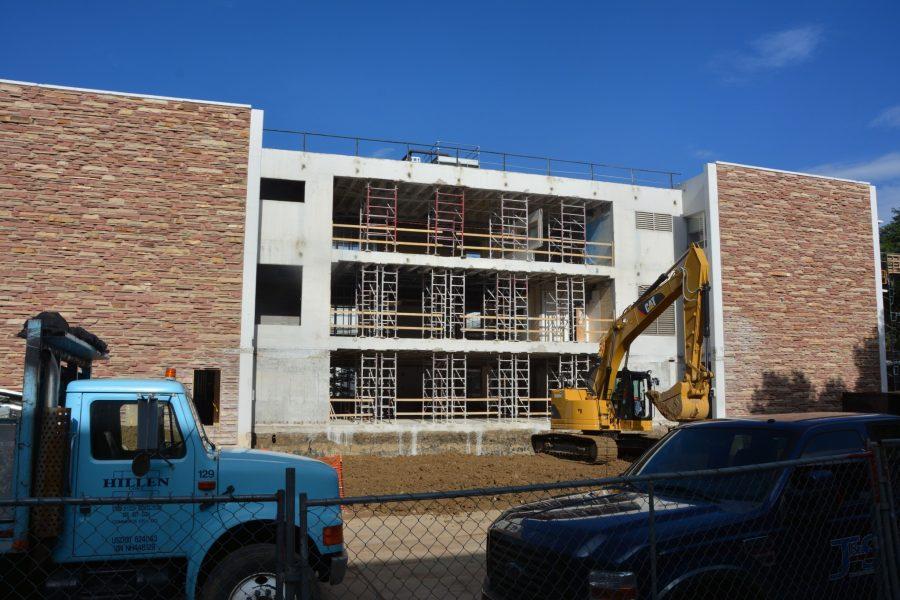 Eddy  — some call it the sore thumb of campus that students love to hate. Whether it was the packed hallways or the supposedly haunted third floor, the Eddy building has had its share of quirks. Named after decorated professor and Honors Program creator Willard Eddy, the building has not represented its namesake. After a year and a half long remodel, the University is hopeful the building’s face-lift will better pay homage to Willard Eddy. In honor of the 51-year-old building, the Collegian asked Rams, from students to President Tony Frank, to reflect on their favorite, or not-so-favorite, Eddy memories.

Tony Frank, president “I hope that when we do the remodel, we will keep that really small entranceway and jam everyone into it. I don’t really have a favorite memory of Eddy. I think it is one of those buildings, considering how many of our students go through [Eddy], it is not putting our best foot forward. Especially when it is named after someone who had such a tremendous impact on the institution. That ought to represent the Eddy name better and I think the new remodel will.”

Pat McKee, philosophy professor “I first walked into the Eddy building in late August 1964 to meet, for the first time, my department chair and boss Willard Eddy, the man for whom the building would eventually be named. From the window of the department office you could see construction on the Student Center Theater just being completed.  Everyone said it looked like it had wings and about to take off. When the flood of  ’97 occurred, a number of faculty had their offices in the basement, and the flood destroyed all books and computers. When they repaired the building, they moved the faculty offices upstairs and converted the basement to classrooms.  Apparently those responsible for the remodel thought that the next time a flood occurred, it would be better to drown the students than to lose any of the faculty’s books.”

Bernard Rollin, University distinguished professor “Back when the building was built, Willard Eddy told me he designed classrooms to hold no more than 35 students for intro classes. Willard said, ‘Anymore kids in the philosophy class would be worthless.’ He is right … You don’t learn anything in the giant classes. Have you heard that people think the building was haunted? Some people on the third floor have supposedly seen a spectral figure. I think it’s BS. I’d be a hell of a philosophy professor, someone who teaches kids to reason, if I believed in ghosts.”

Leslee Becker, English professor “I would liken it to an old movie theater. The outside of the building does not express the fabulous things about the inside. I mean theaters that look like bunkers, then you go inside and that’s where the magic begins. I remember students moving through that hall, and I could hear students outside my room. I eavesdropped, but it did not take much to eavesdrop in Eddy. Eddy seemed like a place where time had stopped. In my classroom, it literally had stopped because my clock was broken.”   Celeste Tompkins, Biological Anthropology/Spanish senior

“Walking up three flights of stairs and being completely winded just to make it to the computer lab. Once you’re in the computer lab, already tired, it’s like a sauna in there. You are melting while trying to write a paper. Once I got stuck in the elevator trying to go from the basement to the third floor, to avoid the stairs, and I was stuck on the second floor for like an hour. They had the police department come rescue me.” Collegian Reporter Danny Bishop can be reached at news@collegian.com.