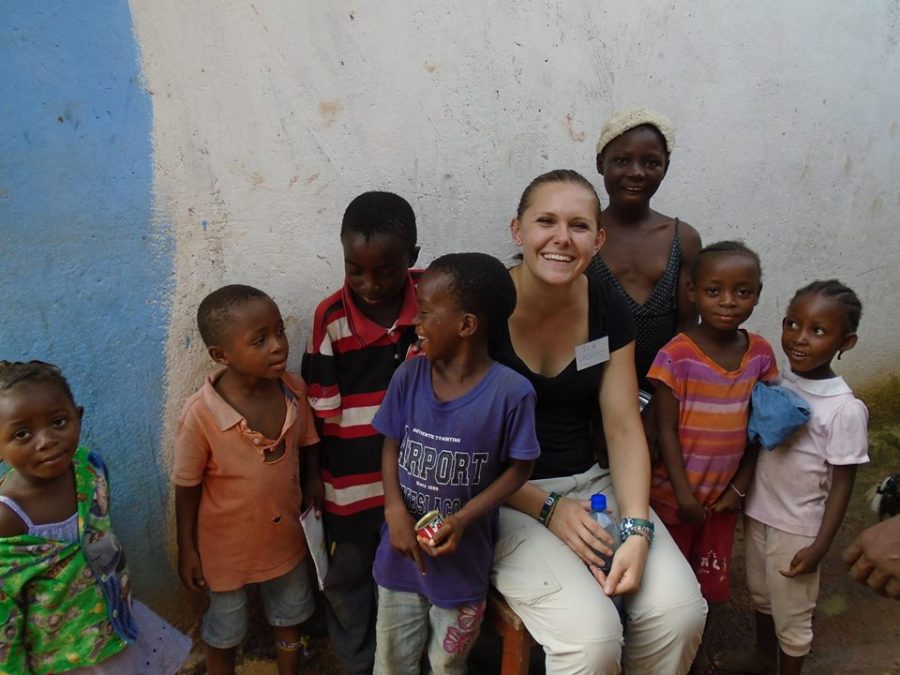 Amanda Zetah, CSU alum worked in Sierra Leone with the Peace Corps until she was evacuated to escape the largest Ebola oubreak in history.

West Africa is experiencing the worst outbreak of Ebola in history. The potentially deadly virus is transmitted through bodily fluids or contact with infected animals. Colorado State University alumna Amanda Zetah was evacuated from Sierra Leone Saturday while working for the Peace Corps. The area is currently under a state of emergency.

DB: How long have you been involved with the Peace Corps?

Zetah: I applied for the Peace Corps last May when I was about to enter my senior year of college. I found out I was going to Sierra Leone in January 2014. I left Jun. 18 for the Peace Corps, and I was supposed to be gone until Aug. 2016, but now we are in this situation.

DB: What motivated you to join the Peace Corps?

Zetah: I love to travel. Before the Peace Corps, I have traveled to 33 countries. I really loved it. It’s kind of weird being back.

DB: What work did you do in Sierra Leone before being evacuated?

Zetah: I’m a trainee still. For seven weeks you are in Bo, the second-largest city in Sierra Leone, and you live with a host family. You do training all day. We had to learn three different languages. We got our site placement a week before we were evacuated. I was assigned to Kono. I was going to teach English and life skills.

DB: Do you plan on going back?

Zetah: Yes. They told us we are on an administrative hold, which is temporary. Once the disease is under control again, we are scheduled to go back. All 360 volunteers that were evacuated from Sierra Leone are supposed to go back. It depends on how long they make us wait though. Some people are already looking to get reassigned to a new country.

DB: How much experience did you have with the virus while in Sierra Leone?

Zetah: Kailahun was the district that was hit the hardest, so no [new trainees] were assigned to it. I know we had other volunteers there from previous training classes that were finishing up their service.

I heard about it every single day. It became part of the vocabulary. If it wasn’t Malaria or malnutrition, people were talking about Ebola.

DB: Did that scare you?

Zetah: No, it was just part of the culture … It’s interesting because most natives didn’t quite believe the disease was as bad as it was. We had to deal with their denial of the disease. Some would chase out Doctors Without Borders from their village because they didn’t want to believe it. There were a lot of rumors that it was started to make money. Basically, they didn’t want to admit that it’s a disease that’s prevalent, but obviously it is. Peace Corps doesn’t leave post easily, so when we pulled out, people started to believe it.

DB: Describe the process of being evacuated.

Zetah: We found out Wednesday night. We got a text message from our country director. We thought we would have about a week to say goodbye and pack up. Then Thursday night we got another text saying, “Bring all of your luggage to the training site, because you’re leaving in the morning.” Forty-five of the training classes got bused to the airport Friday morning. I was part of the 10 that got to stay for the next couple days waiting for a flight.

They were looking for any seats available. They were evacuating 360 of us … My flight got out Saturday, and I just got home last night at 8 p.m. It has been quite the ride.

DB: How did you feel in the moment you found out you had to be evacuated?

Zetah: When I got the text, I was with friends. We were watching the news and they were talking about Ebola. We were so desensitized to it, because we had heard about Ebola ever since we got there, so we didn’t think it was a big thing.

We got to the training site, and we were debriefed about what was going on, and all of us were in disbelief about the whole thing. I still kind of am. I feel like I should still be there. It is weird that I am home … There was a lot of emotions. Everyone was worried, and we were split up. Our training classes were a close-knit group of people – now all of us are scattered across the United States. We have had a lot to adjust to.

DB: Why should Americans take notice of the impact the disease can have?

DB: Are there still volunteers in Sierra Leone?

Zetah: They are still working on getting everyone out. Everybody that has been there for a year, or is about to close their service, had to be bused in from a variety of different villages. They are still trying to round them up and get them flights out.

DB: Anything else about your experience that you would like me to know?

Zetah: Peace Corps is an amazing organization, and they did a really good job of evacuating us. I think they made the right decision, as hard as it was for everybody to leave. The safety of their volunteers always comes first.

I’m glad that it is a temporary evacuation. Normally they evacuate right away, close up the posts and that’s it. They are actively trying to keep us there because there is so much work to still be done. We want to keep the option to go back open. They are really optimistic that we will go back, it’s just a matter of time.

Collegian Staff Reporter Danny Bishop can be reached at news@collegian.com