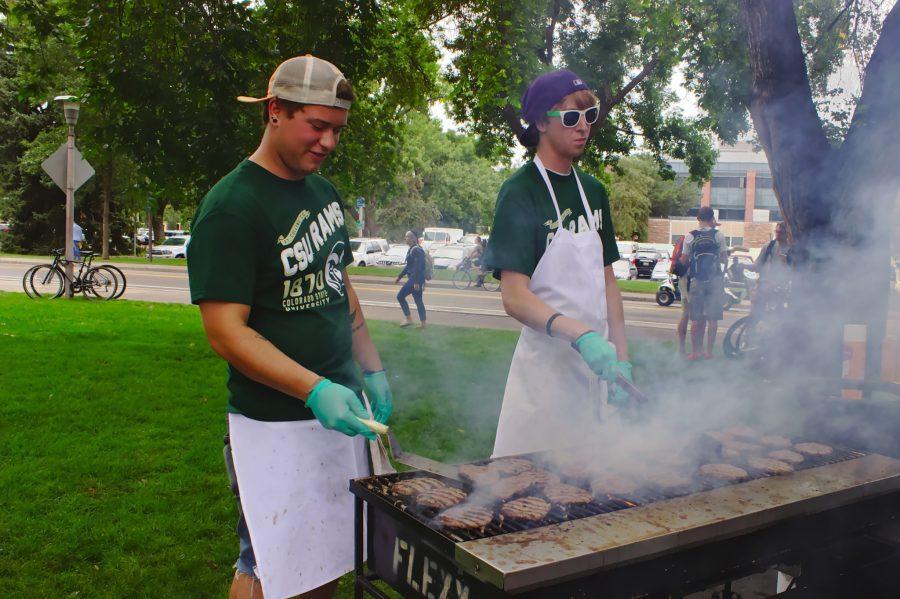 The Associated Students of CSU held the annual Grill the Buffs event Wednesday in preparation for the Rocky Mountain Showdown football game between the CSU Rams and CU-Boulder. The event included grilled buffalo burgers, lawn games and pictures with Cam the Ram.

The event had a great turnout and the burgers were gone in just over an hour, according to Will Maher, interim director of student services for ASCSU. Maher was particularly pleased with the excitement he saw from first-year students, and that he hopes that means they will show their spirit at upcoming athletic events.

“We think getting school spirit going from the get-go is really important,”  Maher said.

Maher said that planning the event was more difficult this year due to the ongoing construction of the Lory Student Center, so ASCSU was forced to move the event from its usual location, the West Lawn.

Jonathan Rivera, a civil engineering freshman said that the event made him more excited for the upcoming football season, and especially the Rocky Mountain Showdown on Friday.

“The game is going to be fun,” Rivera said. “The Rams are going to win.”

John Roos, director of environmental affairs for ASCSU, said that Grill the Buffs was successful and saw a lot of support for Rams football.

“The purpose of the event is to cultivate community through food and a little friendly competition,” Roos said. “We look forward to seeing everyone at the game on Friday.”

Collegian Reporter Jonathan Matheny can be reached at news@collegian.com and on Twitter @JonathanMathen2.