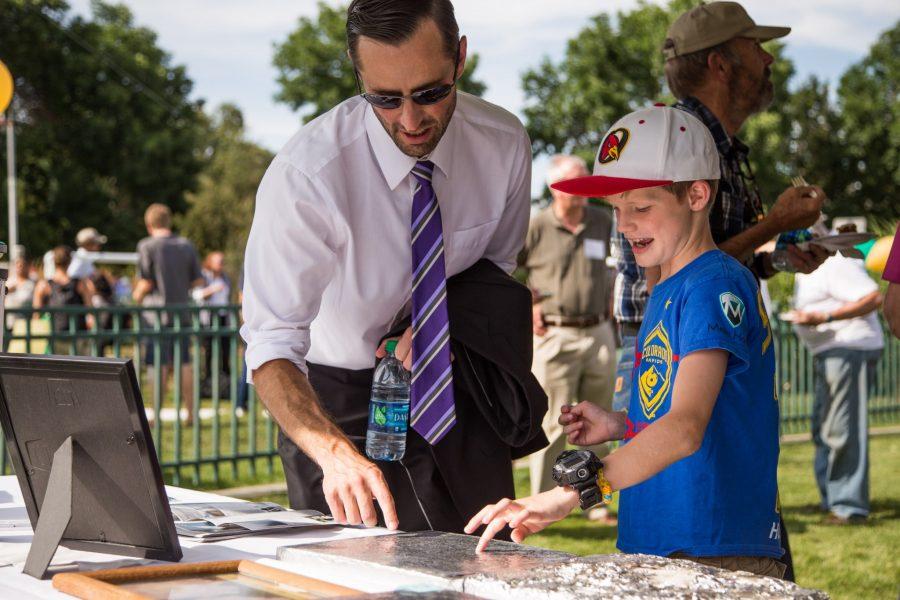 Members of the community gathered at the station, located just northwest of the CSU Transit Center on Plum Street, for the unveiling of a plaque recognizing the station’s historical significance, the presentation of a certificate from U.S. Senator Mark Udall honoring the station, and remarks by various speakers.

“The only hope you have in tracking how climate varies over time is to measure it consistently, uniformly and reliably for a long time,” said Nolan Doesken, the state climatologist for Colorado at the CSU Weather Station.

Observers and volunteers at the CSU Weather Station have been doing just that for over a century.

“It’s hard to describe how important stations like this are,” said Nezette Rydell, the meteorologist in charge of the National Weather Service in Boulder. “This data supports basically everything that touches the economy of the United States.”

Rydell emphasized that the CSU Weather Station, and others like it throughout the country, relies upon volunteers who wake up throughout the night to observe and record the weather. She called it “citizen science at one of its best representations.”

“They do it because they care and becuase they know it’s important,” Rydell said. “It’s citizens doing their part for the country in a way that we don’t often think about. We are very grateful to get this data from Fort Collins, and we look forward to 125 more years of observations from the Fort Collins weather station.”

James Eklund, director of the Colorado Water Conservation Board, pointed out that while the climate in Colorado can be relatively easy to predict, the weather is not.

“The annual losses every year due to flooding are over $80 million here in this state,” Eklund said. “It’s important that we’re doing data collection with the help of residual memory and institutional knowledge that have been contributed by stations like this one.”

Doesken, who organized the celebration, made sure the event came on the 17th anniversary of the Spring Creek flood that devastated Fort Collins and the CSU campus. It served as a reminder of how heavily weather can impact our lives.

“It was 17 years ago today that where we are standing was knee deep with very fast-moving flood waters,” Doesken said. “Less than one mile from here, five individuals lost their lives that evening.”

The Spring Creek flood reminds Doesken of how vital the CSU Weather Station can be.

“Variations that the climate has thrown at us and extreme events are still impacting us today,” he said. “It does not look like much, but each day’s measurement just might be the most important measurement for somebody.”

A follow-up event will be held Aug. 11 in the Suzanne and Walter Scott Jr. Bioengineering Building, auditorium room 101, to further discuss the history of the CSU Weather Station.

Collegian Staff Reporter Emmett McCarthy can be reached at news@collegian.com.