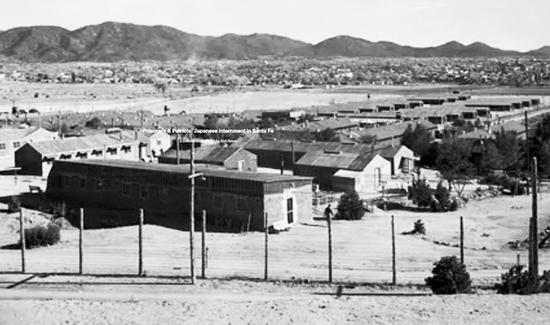 In 1942, Japanese-Americans along the West Coast were displaced from their homes and sent to confinement camps. Today, few traces of the confinement camps are left, and history has nearly been forgotten.

Sarah Payne, an assistant professor in history at Colorado State University, has been working since 2011 to preserve the history of confinement camps. Through CSU’s Public Lands History Center, Payne has started an education and outreach project called Confinement in the Land of Enchantment.

Payne said while teaching history in New Mexico not many of her students knew about these confinement camps.

“After World War II, when the people who had been imprisoned went home, many of them didn’t want to talk about their experiences,” Payne said.

She credits this to the Japanese term “gaman,” which means to suffer through the seemingly unbearable with dignity and resilience.

“For them, it was shameful and undignified to talk about this experience,” Payne said. “After all, they were American citizens whose citizenship had been trampled upon.”

Payne said the United States government did not want to advertise this part of American history that relocated 110,000 Japanese-Americans.

Payne said for first-generation citizens, relocating to a confinement camp meant leaving one’s business, assets and community. Japanese-Americans were forcibly imprisoned in a strange environment. Many were unsure of what their status would be after the war.

Payne conducted oral history interviews with those stationed at Old Raton during childhood. Many remembered the area as a wilderness wonderland.

Payne said once Japanese-Americans adjusted to life in confinement camps, they revitalized Japanese culture. Detainees put on theater productions, started baseball teams and planted gardens. Oftentimes, the detainees, who were the cooks at the camps, would cook Japanese food as a cultural reminder.

Little remains at the locations of the confinement camps. Initials carved on trees and remnants of a rock fountain and koi pond are all that is left.

Confinement in the Land of Enchantment has received a $189,864 federal grant from the National Park Service. Payne said the project will work to produce historical markers at each confinement camp site in New Mexico and distribute outreach publications free of charge to libraries and schools. A website will be hosted by the New Mexico Office of the State Historian.