Walk Again Project at World Cup made possible by CSU 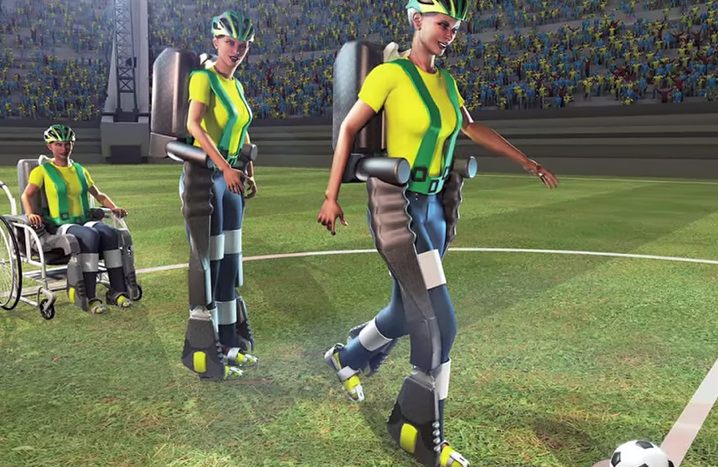 History was made Thursday when a paraplegic man kicked a soccer ball, and Colorado State University helped to make it possible.

The live demonstration, known as the Walk Again Project, was a part of the opening ceremony of the 2014 FIFA World Cup. It marked the first time ever that a paralyzed person has walked on their own using a device only they control.

Researchers from CSU helped develop the technology that allowed the paraplegic man, Juliano Pinto, to control a prosthetic exoskeleton with his brain waves.

Pinto wore an electrode cap to detect and transmit brain signals and a safety helmet. Between the two was a custom protective liner that was developed in CSU’s Idea-2-Product 3D printing laboratory. The liner was necessary for the electrode cap to function and be easily adjusted.

“We designed the liner from scratch using precise 3D scans of the patient and the helmet,” said David Prawel, director of CSU’s public-access Idea-2-Product Laboratory.

CSU researchers also developed custom brackets that mounted LED sensors on the helmet to help the patient know how well he was controlling the device.

Alan Rudolph, CSU’s vice president of research and the project manager of the Walk Again Project, hopes that the project will generate greater interest in neurotechnology and neuroengineering research at CSU.

“I look at this as an area where CSU can have a real impact,” Rudolph said.

Collegian Sports Reporter Emmett McCarthy can be reached at news@collegian.com.