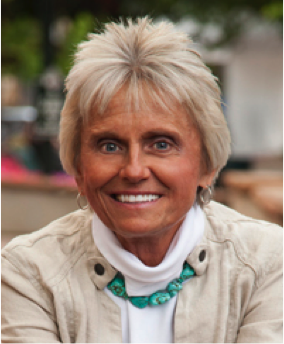 A small meeting between community members and Colorado House of Representatives member Joann Ginal took place Saturday morning. Ginal is a democratic representative of House District 52 in Colorado, or roughly the eastern half of Fort Collins. The meeting was held in the downstairs area of Mugs Coffee Lounge located at 261 S. College Ave.

During the meeting, issues like Medicare, local government, personal rights and recreational marijuana were discussed. Ginal sat down to talk about the importance of government involvement in the community and marijuana in Fort Collins.

Why is it important to have small group meetings like this to discuss Fort Collins and Colorado issues?
Meetings like this bring out a lot of things people might not call you about. People feel comfortable during a one-on-one exchange. It provides a human-to-human interaction.

What is your stance on recreational marijuana in Fort Collins?
I personally voted for it. The people have spoken. We have a lot of work to do to make it safe for the community. I visited Choice Organics. I was blown away by the grow process. The plants are meticulously taken care of.

Why do you say there is work to be done on making marijuana safe for the community?
The biggest issue is edibles and keeping them out of reach from children. We need stricter regulations on labeling and dosage. We need to require packaging that is harder for children to open. However, this is not just an industry issue, it’s also a parental issue. We need to educate parents.

Colorado is one of two states that has legalized recreational marijuana. Should the federal government follow in our footsteps and legalize marijuana also?
Like gay marriage, states one-by-one are legalizing it. Both are inevitably going to be federally legal. It’s a domino effect.

What else would you like me to know about  marijuana in Fort Collins?
A $10 million grant has recently been approved to research medical marijuana in Colorado. I’m really glad we are looking into the medicinal purposes.

Small meetings to discuss issues with Ginal take place every month. Contact information is on her website.