Northern Colorado recovers from the flood 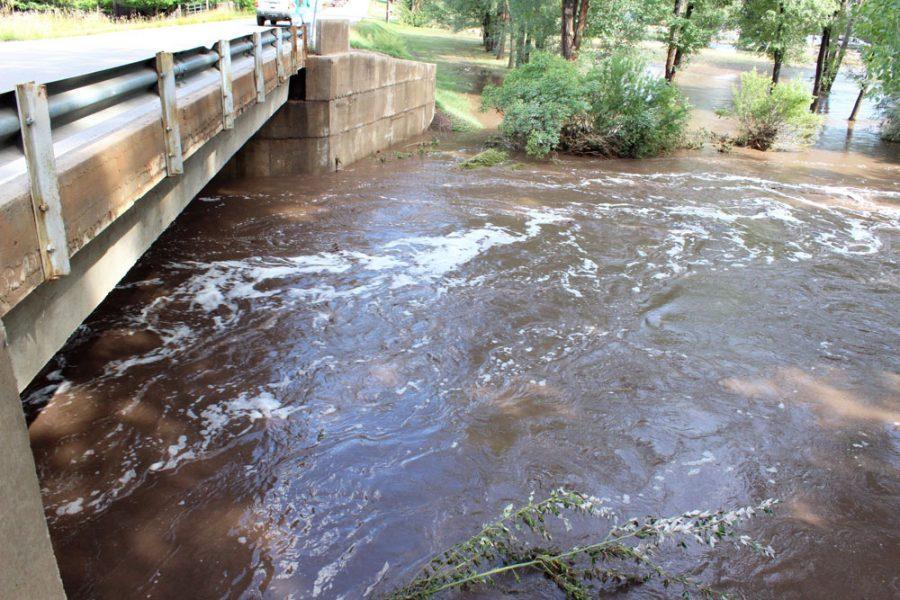 Flood waters rise to about two feet below a bridge on West County Road 24 in Loveland. Earlier that day on September 13, 2013, residents said the bridge was completely submerged by the flood.

It has been nine months since Colorado was devastated by flooding, yet local communities are still feeling the repercussions.

After the flood, Estes Park had to repair damaged roads and businesses, but the town’s largest setback came in the form of lost tourism revenue.

Due to its proximity to the Big Thompson River, the downtown corridor was one of the areas in Estes Park most impacted. Brooke Burnham, director of communications and public relations for Visit Estes Park, said this area is almost entirely owned by local mom-and-pop businesses that rely on tourism revenue generated in the summer and fall to get through the winter.

When the September flood shut down Estes Park for 10 days and decreased revenue during one of the busiest tourism months, many business owners took on debt to repair damages.

“The majority of businesses were able to open right away, but had small revenue because we have a small local population,” Burnham said.

While some businesses reopened within days, the hardest-hit businesses took three to six months, according to Burnham. She said there was a mixture of damage in the downtown corridor; many businesses took on about a foot of water, resulting in damaged equipment and furniture.

Now, Estes Park is on the track to recovery. Burnham said the first four months of tourism revenue this year have been robust and  realty has been resilient.

“Visit Estes Park is primarily funded through lodging tax,” Burnham said. “We missed on revenue in 2013 because the flood affected lodging. We have secured $126,000 to continue to fund advertising, showing that we are up and back open.”

The money will go toward magazine and newspaper advertisements, banner ads and search engine marketing.

The advertisement campaign will not just benefit Estes Park; by attracting out-of-state tourists, nearby towns such as Lyons, Longmont and Loveland will gain tourism revenue, according to Burnham.

While some businesses are seeking to boost revenue, others are simply trying to rebuild.

When the business was initially flooded by the Big Thompson River, the basement was filled to the ceiling with water. Dr. Kay Gunckel said the basement housed the pet grooming business, which was unable to take clients for three months.

“We were ahead of the game with people to help,” Gunckel said.

Although Family Member Animal Hospital was out of business for 10 days, Gunckel said they stayed busy by calling clients to let them know they would be back in business.

However, Family Member Animal Hospital was again flooded on Mother’s Day this year. They sought help from Crossroads Church on May 15 to aid in tree and mud removal and leveling the yard.

The Mother’s Day flood also caused the drainage area in front of the business to fill up. Since the September flood, this has occurred whenever the area gets significant rainfall, causing Family Member Animal Hospital to lose business because clients cannot access the parking lot.

Gunckel said this area is owned by the Colorado Department of Transportation, which claimed there was nothing they could do about removing the standing water. Gunckel said CDOT did not pump the water out until several people threatened lawsuits.

In the meantime, Gunckel said Family Member Animal Hospital is protecting itself from spring runoff by sandbagging window wells and other vulnerable areas.

Family Member Animal Hospital is not alone in working to repair after the flood. Serve 6.8 has dedicated humanitarian efforts toward aiding families affected by the flood.

Strange said when Serve 6.8 was founded in 2012, the organization had 43 volunteers. The High Park Fire boosted the number of volunteers to 12,000. After the September flood, volunteers grew to about 46,000 members. He said the organization has gained volunteers by encouraging people to “like” Serve 6.8’s Facebook page, as well as through their coverage on ABC, CBS and NBC.

Strange said when the September flood hit the area, Serve 6.8 immediately responded as part of the crisis cleanup. The organization has helped 900 people and 700 pets.

Strange said volunteers have aided in heavy debris removal, as well as light-duty work. Serve 6.8 also provides navigators who meet at the homes of disaster survivors to aid in paperwork and connect them to other needed resources.

Serve 6.8 is completely donor supported. Strange said financial donations have allowed the organization to stretch their dollars and aid in flood recovery at a fraction of the cost. This has especially helped during their collaboration with Larimer County and the Red Cross to run Operation Sandbag in the spring runoff season. Strange said 40,000 sandbags have been delivered to various Larimer County locations.

“We had the most successful community sandbag push in the state of Colorado,” Strange said.

However, flood recovery efforts are far from finished.

“The people who were affected by the flood were completely overwhelmed, and still are,” Strange said. “Serve 6.8 is in it for the long-haul. It’s not a sprint to the finish. It’s a marathon in this business. We will be there as long as possible. Survivors shouldn’t be forgotten.” 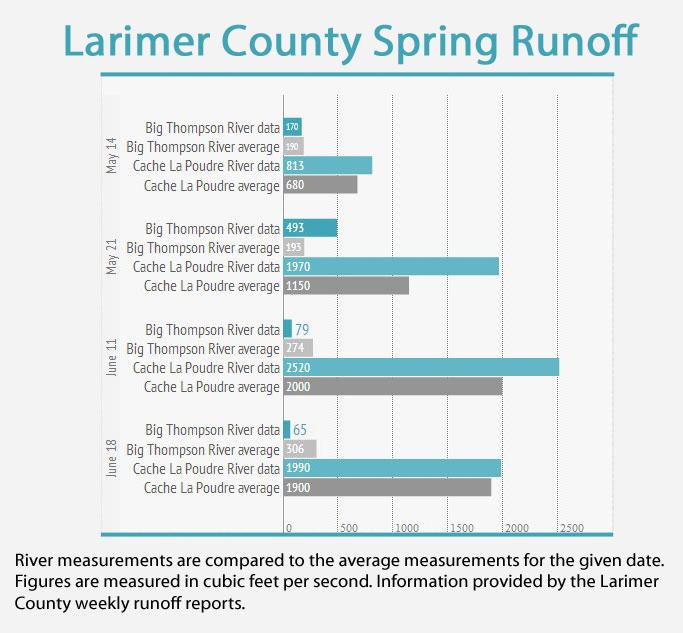