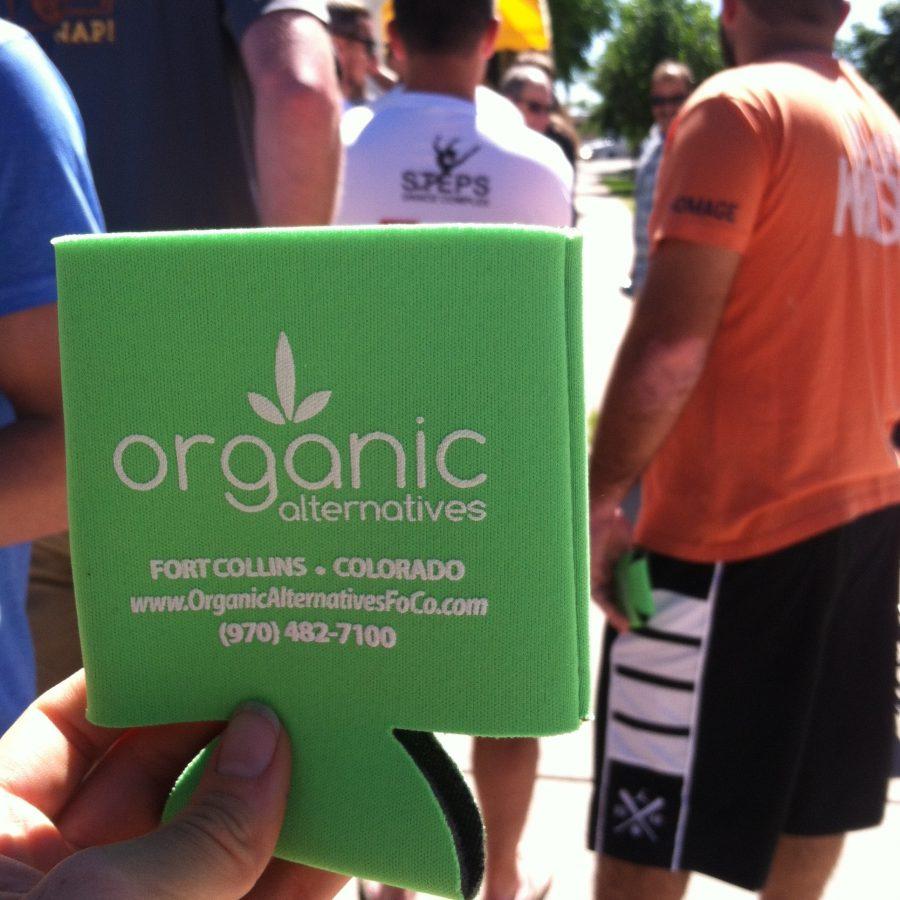 There was a two-hour wait in 80-degree heat for those that came to support the first recreational marijuana shop within Fort Collins city limits.

Organic Alternatives, located at 346 E. Mountain Ave., opened its doors to the public at 10 a.m. Friday.

“Today is a big day for me,” said Steve Ackerman, owner of Organic Alternatives. “I started four and a half years ago, was put out of business for 18 months. We’ve been working on this for a long, long time.”

Five customers were allowed in at a time to shop while approximately 20 people waited outside. To make sure customers were happy and comfortable, the line was accompanied by The Goodness food truck, free merchandise, bottles of water and live jazz music by the Sometimes 5 Jazz Quartet.

Medical patients did not have to wait since retail and medical lines were separate.

The edibles range from pot brownies to sour gummy bears. Anything considered more than one legal portion, which is 10 milligrams, is placed in a resealable, opaque child-safe container. The staff gave instructions on how to consume the edibles safely and provided more information within the purchased packaging. Organic Alternatives also sells variety of marijuana flowers and extracts such as waxes and hash.

“I traveled all the way from Michigan for today,” said Ray Tartuta, a customer waiting to be called for his turn to purchase.

According to Ackerman, to apply for a retail marijuana licence, shops must first operate as a medical dispensary. Retail must be sold within the same premises as the medical marijuana.

Credit cards and cash were both acceptable payment options.

Organic Alternatives first opened up for medical sales in January 2010, but after a ban was voted against medical marijuana dispensaries, Ackerman was forced to close his store in February 2012.

“Public safety is best served if regulated behind a counter and if I.D.’s are checked,” Ackerman said.

By April 2012, a petition drive was started to overturn the ban on medical dispensaries from the November 2012 election. Voters chose not only to reverse the ban but also to vote in Amendment 64, allowing for retail marijuana.

“This is a historic moment,” said Kevin Heeter while waiting in line. “You don’t have to face jail time in order to recreate. It’s way past time for it to come and it never made sense that it was illegal.”