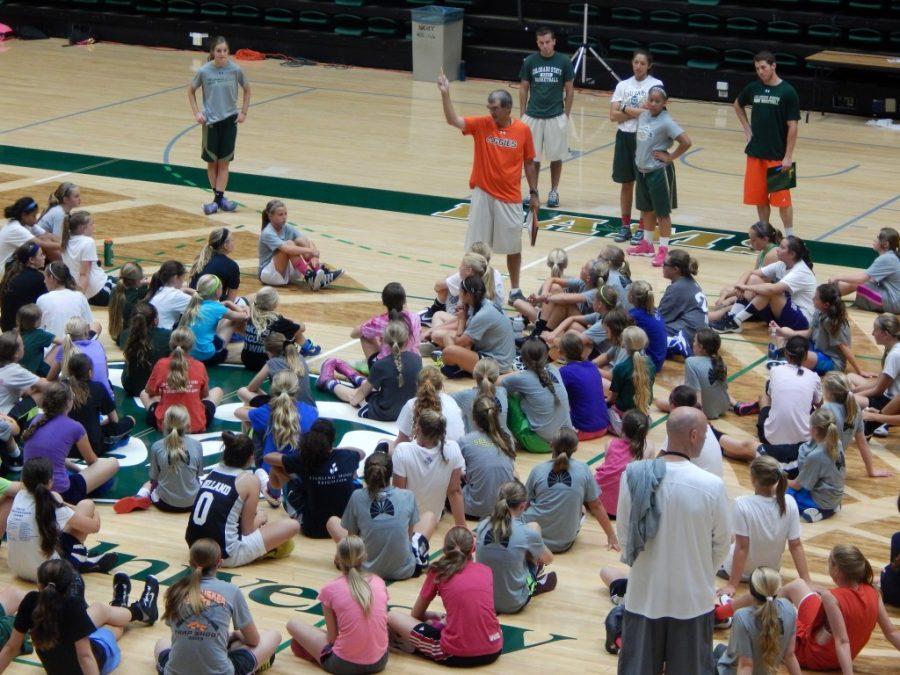 Approximately 100 campers, all girls from grades five through nine, took the court at Moby Arena. They worked with players and coaches from CSU women’s basketball on their offensive skills.

“I worked with a lot of the younger campers, so it was a lot of fun,” said AJ Newton, upcoming senior guard. “My advice for them was that it’s all about repetition. You have to go at it every day.”

That is exactly what they did, from the time camp started Tuesday afternoon until the final session concluded Thursday morning. Every camper received a CSU basketball at the end of the camp.

“These kids have been great,” said Assistant Coach Chad Lavin, who was in charge of leading activities. His advice to campers was simple: be as good as you possibly can be, and do not ever be afraid to fail.

Camp sessions centered mostly on shooting and footwork drills, and included competitions to test their skills.

“The basics are what win you basketball games,” said Head Coach Ryun William.

It was not strictly business, though. Campers had time to joke around and get to know the players who coached them.

“They wanted to have some fun stretching so we had to mix it up a bit,” Wells joked.

Overnight campers stayed in Corbett Hall, where they were supervised by players and counselors.

“The girls wanted to stay up late in the dorms and go crazy so we let them have some fun,” Newton said. “They were so happy just to be here.”

Collegian Sports Reporter Emmett McCarthy can be reached at news@collegian.com.