The Rocky Mountain Collegian • May 25, 2014 • https://collegian.com/articles/news/2014/05/small-stream-flood-advisory-issued-for-east-central-larimer-county/ 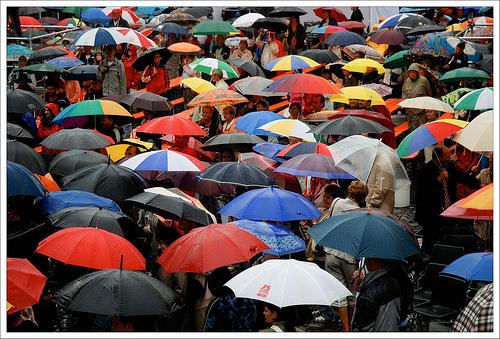 A flash flood warning was issued for East Central Larimer County at 2:19 P.M. by the National Weather Service until 4:45 P.M.

The warning states that heavy rain from thunderstorms will be moving west over the Mishawaka at 10 miles per hour.

This is a developing story. Stay with the Collegian for more weather updates.

The National Weather Service issued  a small stream flood advisory at 12:30 P.M. Sunday for East Central Larimer County and areas along the Poudre River until 1:45 P.M.

The advisory states that creeks and streams could become more elevated and flood as storms move into the area. Rainfall between .5 and .75 inches is expected.

A river flood advisory was also issued by the National Weather Service for Larimer County at 10:24 A.M. through Monday afternoon. According to the release, the Poudre River was measured at 6.6 feet Sunday at 9:45 A.M. and is expected to reach 7.2 feet by Monday afternoon, with the flooding stage at 7.5 feet.

The forecast currently predicts no flooding for the Poudre River, but that could be subject to change.

Collegian Features and A&E Editor Keegan Williams can be reached at news@collegian.com