The Rocky Mountain Collegian • May 8, 2014 • https://collegian.com/articles/news/2014/05/fort-collins-considers-taxing-plastic-bags/ 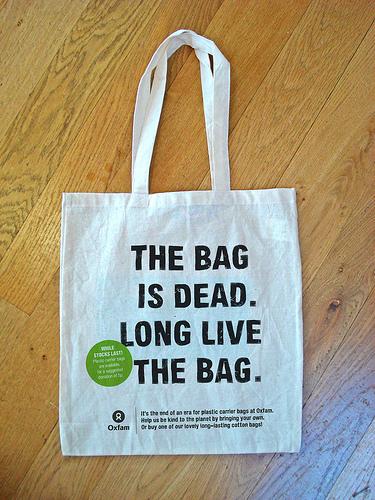 Plastic bags may soon be a thing of the past unless Fort Collins residents are willing to pay five or 10 cents per bag. The ban would no longer allow grocers to give customers free, disposable plastic bags. On May 13, City Council will review the proposal and make a decision.

The City of Fort Collins reports that there is an average consumption of 342 bags per individual in the city, and banning bags would work towards the goals of reducing litter in the community and globally.

“I like the idea … because people will remember to bring their own bags and waste will go down,” said Sanne Holland, freshman education major.

The city of Fort Collins would continue a trend that is already in place in several cities like Telluride and Boulder. They are currently looking into the logistics of how to implement the ban, how to educate the people about alternatives and ultimately install the plastic bag ban in order to reduce waste.

The impacts will affect the CSU student body as everyone goes grocery shopping, according to Vi Nguyen, a senior environmental health major.

“I think it’s important for CSU students to know what’s going on in the community, particularly if it will impact them, and know that their opinion really matters in this community,” Nguyen said.

According to Nguyen, people can use disposable bags for various things. They can reuse them in forms such as lining trashcans or picking up pet waste.

“I think it would be annoying at first … but I would get used to it and just start bringing bags,” Casey Hernandez, health and exercise major said.

According to Emily Johnson, sophomore business major, there would need to be alternatives offered, such as reusable linen bags.

Nguyen said the habit will be further implemented across many people’s lives in terms of reusing.

“We have seen this transition on a small scale happen with the use of disposable use of coffee cups to the fact you get 10 cents off a cup of coffee when you bring your own mug,” Nguyen said. “There was a time when there were no plastic bags, and if you really think about, these single-use disposable bags are more of a convenience than a necessity.”